Major Mohamed Aqal Jabbour was shot and killed by unknown assailants, in the latest assassination to hit the southern province of Daraa writes Brocar Press. 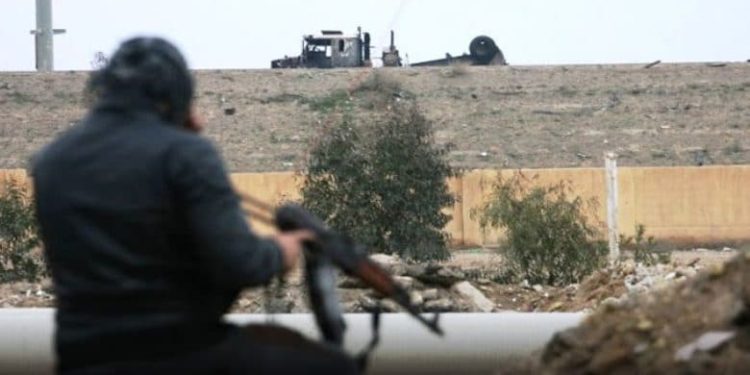 On Monday, unknown men shot and killed Major Mohamed Aqal Jabbour, head of the State Security center in Enkhal in the western Daraa countryside, according to Brocar Press’s sources.

Jabbour was from Qardaha in the Lattakia countryside, hometown of regime head Bashar al-Assad.

Recently, there have been a number of attacks on regime officers and officials, with unknown men killing a colonel in the regime forces, Nadal Suleiman al-Nabwani, from the village of Anz in Suweida provinces, by hitting his car with an explosive device in the western Daraa countryside on Jul. 17, 2019.

A colonel in regime forces, Samir Suleiman, along with four companions from the Fourth Division, were also wounded on Sept. 4, 2019, with an explosive device at the entrance to the Zeizoun camp west of Daraa.

The assassinations, which have hit regime officials and fighters, as well as former opposition members, have been attributed to unknown figures amid local beliefs of a Russian-Iranian competition to control the province.