The regime has announced that it will transfer a number of officers from different areas of Syria to Raqqa city writes Jiser. 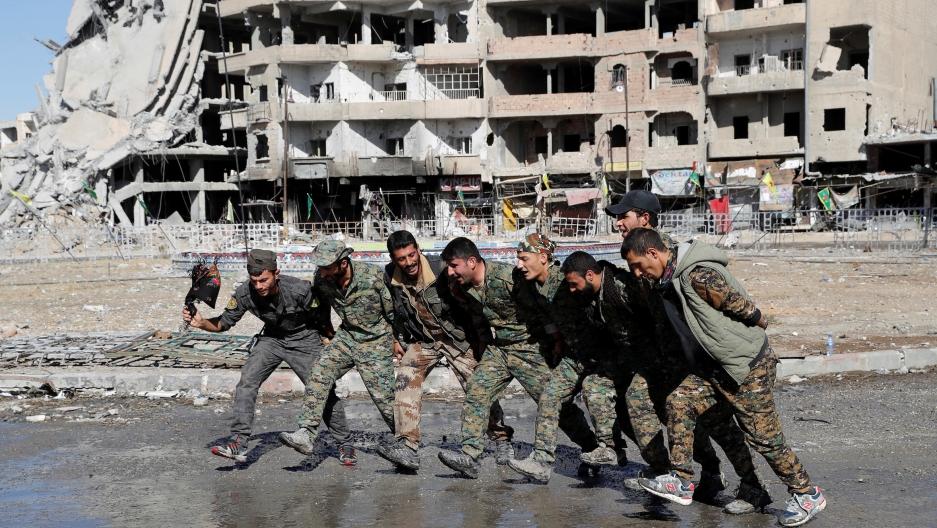 Pro-regime websites have published news that a number of offices from various Syrian provinces have been transferred to Raqqa city.

The list includes 12 officers moved from various Interior Ministry centers, with the order going into effect from Oct. 17, 2019.

The following officers were transferred:

– Col. Suhail al-Awdah from the training and education department at the Hassakeh police department, becoming director of the al-Thawra (al-Tabqa) region in Raqqa province.

– Lt. Col. Al-Meqdad Mahmoud, to head of the Criminal Security Center in al-Thawra.

– Major Rami Dawa from the rescue branch in the Damascus countryside to director of the al-Mansoura district in Raqqa.

– Major Ahmed al-Mohamed from the rescue branch in Lattakia to become an officer in the al-Thawra area in Raqqa.

– Capt. Hani Abdel Salam from the traffic department in Lattakia to become head of the Public Roads police center in al-Thawra in Raqqa.

– Capt. Tamer Alwan from the rescue branch in Daraa to become company commander of the riot police in Raqqa.

– First Lt. Madar Saeed from the traffic branch in Quneitrah to become an officer in the Public Roads police in al-Thawra in Raqqa.

– First Lt. Alaa Zarqa from the Salhieh district police station in Damascus to become an officer in the criminal security center in al-Thawra.