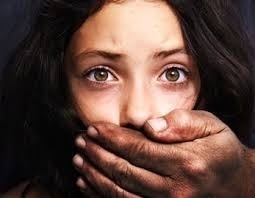 Syrians and the international community are focused on the Geneva 2 conference regarding peace in our nation, Syria.

We are Syrian women civilians with diverse backgrounds and perspectives, from throughout Syria. We represent a wide variety of women’s and civil society organizations. We met in Geneva, over three days, under the sponsorship of UN Women, to unite our positions and issue a document that affirms our shared vision regarding the peace process for our country.

Our meeting here is the result of our diverse work inside and outside Syria, and we intend to continue until we reach solutions for peace and security as well as fulfillment of our demands. We cannot remain silent regarding events in Syria, such as daily death, massive destruction, starvation, displacement of hundreds of thousands of families (in Syria and abroad); and the spread of terror, violence, ongoing detentions, acts of kidnapping, destruction of infrastructure and the spread of disease, particularly among children.

Syrian women are paying a heavy price as a result of the current situation. No less than 80% of refugees or the internally displaced are women and children. Large numbers of women have been detained, kidnapped or have disappeared. We know many of these women: they are from our families, our friends and our colleagues at work. We cannot remain silent in the face of our people’s suffering. And it is our right to envision Syria as a civil, democratic, pluralistic, and united state. And it is our duty to demand of the negotiating parties and the international community the following:

First: Priorities regarding ending the violence, promoting the peace process, and improving the humanitarian situation.

1. Adopt the Geneva 1 communique (stop the fighting and achieve a cessation of armed violence, release arbitrarily detained women and men, assure free and unfettered access of journalists throughout the country, respect for freedom of association and the right to engage in peaceful demonstrations). We add to this our demand for the release of the women and men who have been abducted by the various armed groups as well as the expulsion of all non- Syrian combatants from our country.

2. Lift the siege and allow the provision of humanitarian and medical aid to all areas based on their needs, under the supervision of an independent commission with international oversight.

3. Immediately implement steps to end gender-based violence in accordance with UN resolutions 1820, 1888, 1960, and assure the protection of women and girls against sexual exploitation, early marriage, human trafficking, and rape.

4. Put an end to all arbitrary detentions and prosecutions by security forces, and lift all travel restrictions on activists and politicians.

5. Ensure the safe and dignified return of refugees and the displaced.

6. Put an immediate end to the recruitment of child soldiers in accordance with UN Security Council resolutions 1261,1612, and 1882.

7. Lift the sanctions on the Syrian people concurrently with the signing of an agreement between the negotiation parties and the beginning of the transitional process. This does not include lifting sanctions on individuals and private corporations.

8. Undertake measures to ensure that those who have committed war crimes or crimes against humanity are held accountable and prosecuted.

Second: Demands to the negotiating parties:

1. Begin the democratic transition process to bring an end to tyranny in all its forms, and establish a democratic, civil, pluralistic state.

2. Reject any political solution that is based on ethnicity, confessionalism, religion or military power so as to preserve the unity of the Syrian people and our land.

3. The constitution must guarantee the equality of women and men and must penalize all forms of discrimination or violence against women.

4. The constitution must guarantee equal citizenship to Syrians of all ethnic and cultural backgrounds.

Third: Demands regarding Syrian women’s participation in the peace process:

1. Urge the United Nations to uphold its commitment to implement Security Council resolutions (1325, 1820, 1888, 1889, 1960, 2106, 2122) regarding the status of women in armed conflict. We further demand that the parties to the conflict guarantee the active participation of women in all negotiating teams and committees.

2. The inclusion of representatives from the women’s movement and civil society in the negotiations as monitors.

3. The participation of women and representatives of the women’s movement in the overall political process and its outcomes including the transitional government and committees to revise the constitution and laws.

4. Appoint a gender advisor to the mediation team to establish channels of communication with the UN Special Envoy and to enable joint action with civil society and women’s organizations.

5. Work with the mediation team to ensure that the negotiating parties adopt the document produced during this meeting.