During the meeting between Ilham Ahmed, and the Russian FM, Russia pressured the SDC to hold discussions with the government in Damascus, according to al-Watan. 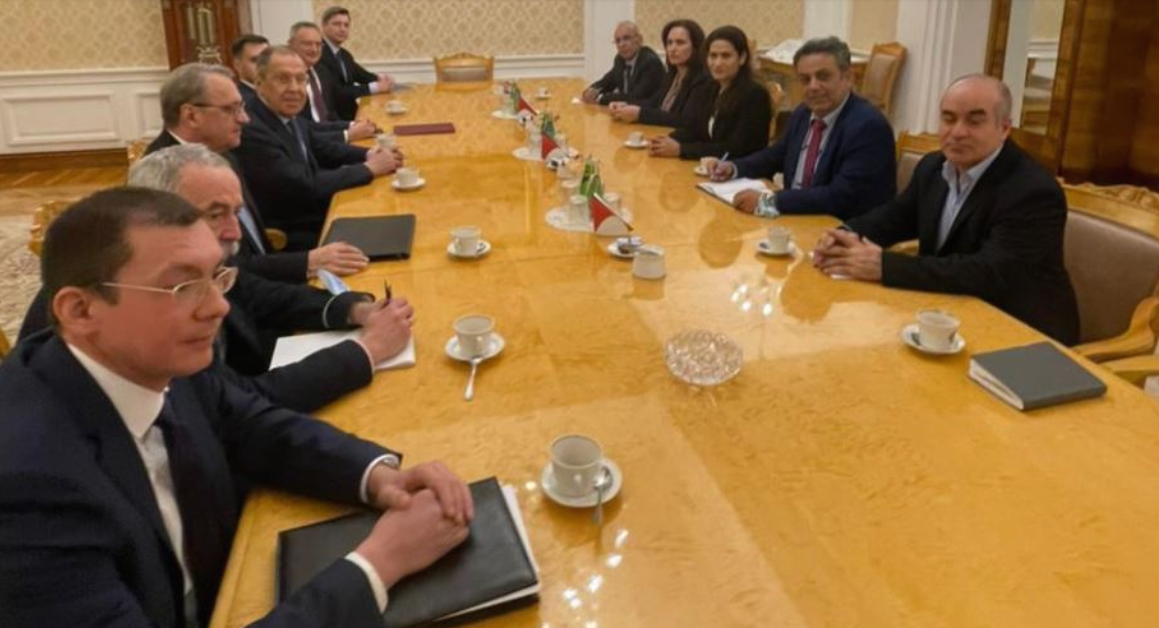 A tentative calm came over northeastern Syria, as reactions and speculation continued over the outcome of a meeting between Foreign Minister Sergei Lavrov of Russia and Syrian Democratic Council (SDC) leader Ilham Ehmed’s delegation. In a statement, the Russian Foreign Ministry said: “The situation in Syria was discussed, with a particular focus on the country’s northeastern region. Special attention was paid to the tasks of facilitating a political solution in Syria on the basis of UN Security Council Resolution 2254, rehabilitating the Syrian economy and the country’s social fabric, repatriating refugees and displaced persons, and providing humanitarian assistance to those in need.”

The statement stressed that Russia after the meeting with the SDC leader “confirmed its readiness to continue in efforts to help the Syrian people to reach agreements in various forms so that they can fully restore the sovereignty and territorial integrity of Syria as soon as possible. This outcome would ensure the observance of the legitimate rights of all ethnic and religious groups in the country.”

The statement led to diverging interpretations of the meeting. Most commentaries focused on mounting pressure on both the SDC and Syrian Democratic Forces (SDF), driving them towards a serious dialogue with the Syrian government on the future of the areas currently under their control. This pressure originates from the Turkish regime’s recent threats to invade and conquer those areas.

Sources following the situation in northern and northeastern Syria told al-Watan: “The content of a meeting—which occurred between the SDC delegation and Lavrov, Russian Special Envoy to the Middle East Mikhail Bogdanov, Ministry of Defense representatives and Russian officials—focused on ongoing Russian efforts with the United States and Turkey, which aim to facilitate a sustainable ceasefire in areas under SDC’s influence. The efforts strive to broker a settlement that guarantees the unity of Syrian territory and the return of Syrian institutions to those areas. These outcomes must flow from a serious dialogue with Damascus, which takes into account its legitimate demands.”

The sources suggested that a high-level SDC delegation will visit Damascus in the coming period. The meeting will restart the dialogue with the Syrian government that was interrupted. That pause in talks occurred due to the United States’ decision to reject such a dialogue, even though Washington intended to withdraw from the region. This policy has not been listed as a priority issue by high-ranking officials in the Biden administration.