The President of the Syrian Opposition Coalition, Salem al-Meslet, received a delegation from the Italian Foreign Ministry to discuss the recent developments in Syria, according to the SOC media department. 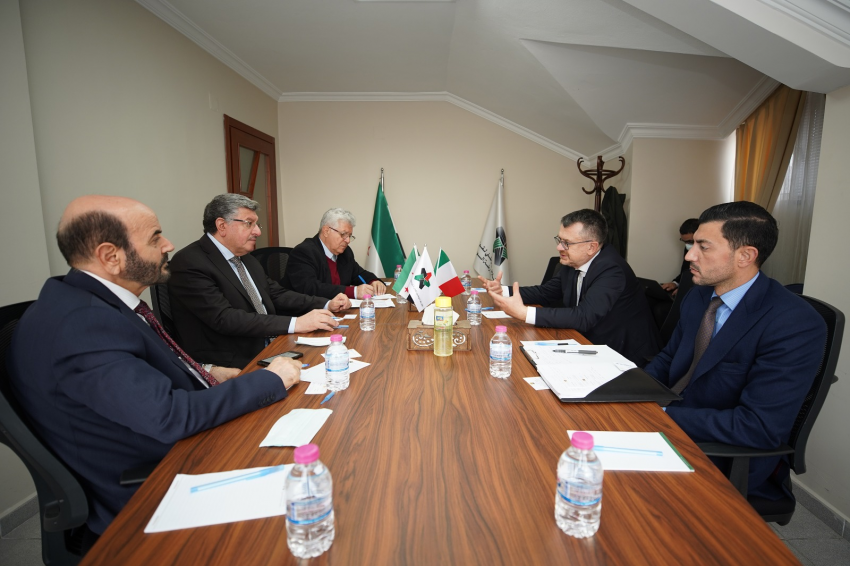 The President of the Syrian Opposition Coalition (SOC), Salem al-Meslet, received a delegation from the Italian Foreign Ministry and discussed with them the latest developments on the field and political situation in Syria.

Meslet stressed the dangers of legitimizing or rehabilitating the Assad regime, reemphasizing that it is a wrong strategy that contradicts UN resolutions. He also stressed that the return of the Assad regime to the Arab League means Iranian militias joining it, which will threaten the entire region, especially the Arab Gulf states.

He pointed to the importance of cooperation to press for the release of detainees in the Assad regime’s prisons and disclosing the fate of the forcibly disappeared.

The opposition leader added during the meeting with the Italian delegation that there is an urgent need to support Syrian refugees and cooperate to solve their problems, as well as confront attempts to forcibly return refugees to regime areas in view of the dangers that threaten their lives.

Meslet also pointed to the “disappointing” results of the latest session of the Constitutional Committee, stressing that the political process needs to be revitalized by the friends of the Syrian people in order to confront the Assad regime’s attempts to obstruct the implementation of UN resolutions.

For his part, Mr. Ravagnan affirmed that his country is well aware of the scale of the crimes committed by the Assad regime against the Syrian people over the past years. He stressed that normalization of ties with the regime or rehabilitating it is not acceptable at all and that it is necessary to work on scenarios that are most beneficial to the Syrian people.