The ٍAssociation of Detainees and the Missing in the Sednaya Prison has issued a guide on how to avoid fraud and financial extortion for the detainees' families, Zaman al-Wasl reports. 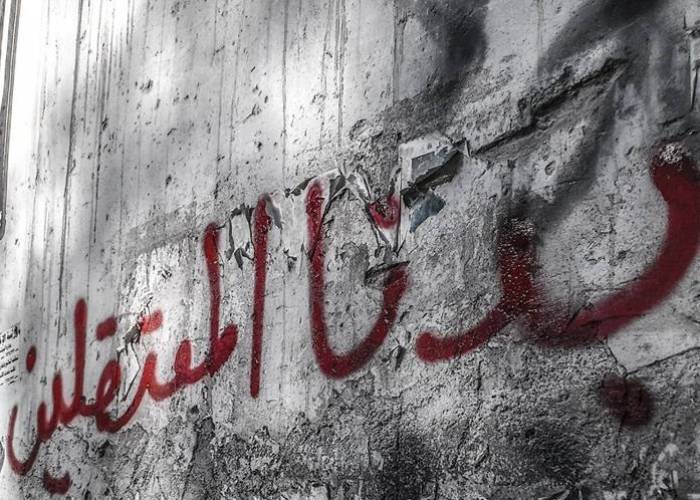 The ٍAssociation of Detainees and the Missing in the Sednaya Prison has issued a guide on how to avoid fraud and financial extortion for the detainees’ families.

The guide of the Association of Detainees in Sednaya includes a presentation of the most prominent methods and means used by fraud and extortion gangs, security men, and some lawyers and mediators to extort financially the families of detainees and forcibly disappeared in exchange for providing or forging information and documents about their children and loved ones who are detained or forcibly disappeared.

The guide also contains some ideas and tips that can help families and workers on the issue of arrest and enforced disappearance in detecting fraud and forgery.

Families of detainees in Syrian prisons are routinely forced to bribe officials to be allowed to visit them or to obtain their release, according to a report that reveals the vast scale of extortion in the detention system.

The sums involved – rising as high as £2m in one jail — are likely to be helping senior members of the Assad regime avoid sanctions, a survey of more than 1,200 former prisoners and family members suggests, according to the Guardian.

The guide quotes Diab Serrih, the report’s author and ADMSP co-founder as saying: “The frauds succeed, because they look exactly like the real thing, and they come suddenly, and at times when the family does not expect anything, and after losing hope of accessing information or news about the detainee or the missing, and they often include a very tempting offer, such as releasing the detainee, transferring him to a civilian prison, securing visits in his place of detention, or retrying him. Through this guide, we try to help families and workers in the file of detention and enforced disappearance in Syria avoid fraud and financial extortion.”

According to estimates by humanitarian watchdogs, between 100,000 and 250,000 people were arrested or forcibly disappeared, beginning before the uprising against Bashar al-Assad in 2011. That number had sharply escalated by the end of 2012.