During the meeting between Russia and Syria to follow up on the work of the International Conference on Return of Syrian refugees, several cooperation agreements were signed, SANA writes. 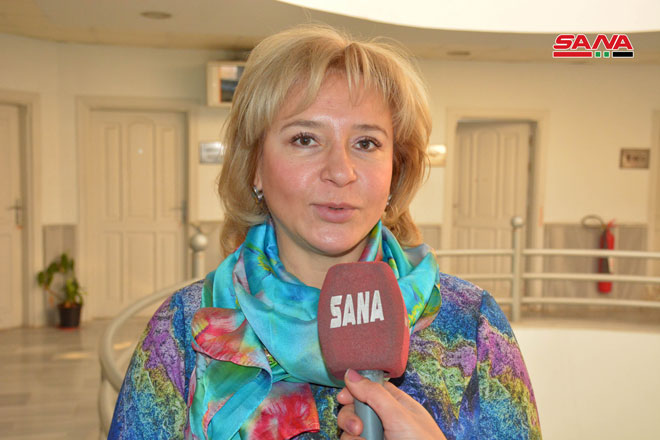 The Syrian-Russian meetings in Damascus focused on the implementation of joint projects between Syria and Russia in the reconstruction process, as well as cooperation in the commercial and economic fields, fishing, and combating extremism.

The cooperation agreements come on the sidelines of the meeting between Syria and Russia to follow up the work of the international conference on the return of refugees.

The two sides discussed reconstruction and rebuilding and studied the Russian proposals in this field.

Representatives of the Ministry of Religious Endowment (Awqaf) discussed with a Russian head of the Federal Agency means of unifying efforts in combating extremism and exchanging expertise in this regard.

Cooperation in the educational field

The Russian delegation representing the Moscow State University of Technology (STANKIN), headed by Dr. Popova Nadezhta Yulevna, Rector of the Center for International Cooperation at STANKIN University, mechanisms of cooperation with Syrian universities through the implementation of the previously signed agreement between the two sides.

Syria and Russia also signed on Tuesday a Memorandum of Understanding (MOU) on providing humanitarian aid.

The MoU was signed on the side of Syria by the Minister of Local Administration and Environment, Eng. Hussein Makhlouf, and Deputy Director of the Affairs of the Presidency of the Russian Federation, Lakina Olga Yurievna on the side of Russia.