Turkey has suspended its potential military operation against northeast Syria, as a result of the continued refusal from Russia and the U.S., North Press writes. 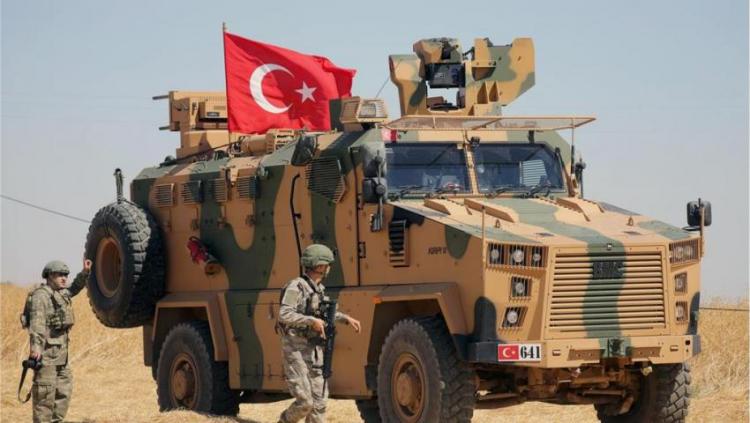 Turkey has suspended its potential military operation against northeast Syria, as a result of the continued refusal from Russia and the U.S. and the absence of any consensus in this regard.

Well-informed diplomatic Turkish sources told The New Arab about the expected Turkish military operation in new areas in Syria and its indications.

“Turkish media pressure is still continuing to carry out the military action in the region, and that the Turkish army is ready to conduct and set plans for any future military action according to field requirements,” they said.

However, it is not likely that there is currently a direct military action, and “Ankara has suspended operations for the time being,” according to the sources.

Recently, indications of Turkey’s intention to carry out a large-scale military operation to keep the Syrian Democratic Forces (SDF) away from Turkey’s southern borders have declined.

Over the past period, the Turkish army and its affiliated Syrian opposition factions mobilized along the contact lines with the SDF in the west and east of the Euphrates, which indicated that a large-scale military operation was about to begin.

Jeffrey made it clear that Washington would not abandon the partnership with the SDF.

Early in October, the U.S. Department of Defense spokesman Jessica McNulty said that about 900 U.S. soldiers remain in Syria, working with the SDF.

In an exclusive statement to North Press, the spokesperson added that the U.S. and the Global Coalition to Defeat ISIS “remain committed to our presence in northeast Syria and our partnership with the Syrian Democratic Forces (SDF) to ensure the enduring defeat of ISIS.”

The Russian side, in turn, stressed its rejection of any Turkish military operation against northeast Syria, in order to prevent the expansion of the Turkish influence in a region that Russia is trying to expand in as well.

Russia’s rejection was expressed through carrying out exercises in the northwestern countryside of Hassakeh, east of the Euphrates River, with the Syrian government forces and the SDF, each separately.

The Russians went a further step by sending a Sukhoi Su-57 fighter to Qamishli Airport, not far from the Syrian-Turkish border, in a clear indication of Moscow’s dissatisfaction with Ankara’s carrying out any military operation without its consent, according to observers.

Accordingly, Turkey has suspended its military operation against the region, and the sources attributed this to the continuation of the Turkish dialogue with Russia and the U.S.

“Turkey is talking to Russia, and a technical delegation is expected to arrive in Ankara in the coming days in order to discuss the Syrian issue,” the sources added.

“However, the meeting is not expected to achieve big breakthroughs regarding the military operations demanded by Ankara in the region.”

Turkey is awaiting the outcome of the Russian-American talks that took place in Geneva in the past few days, to make arrangements for the region, and it [Turkey] is also awaiting the arrival of an American envoy in the coming days.