A Kurdish-Russian rapprochement is ongoing, as Turkey threatens to intervene militarily in Northeast Syria, according to Enab Baladi. 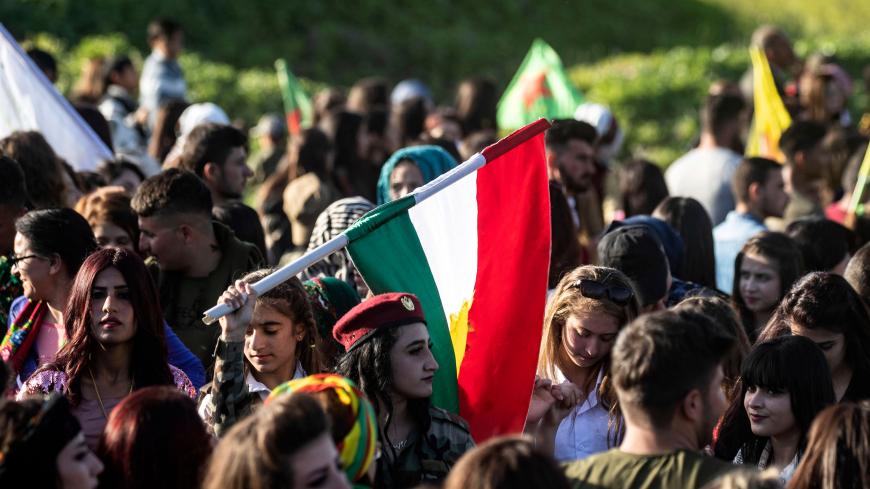 With talks about expected Turkish military operations in several Syrian regions against the U.S.-backed Syrian Democratic Forces (SDF), indicators of a new convergence between the Kurdish-led Autonomous Administration, the civilian entity of the SDF, and the Russian government have emerged recently. Russia is a key actor in the Syrian issue and the main ally of the Syrian regime, and it always coordinates its actions in Syria with Turkey.

For the first time, Russian Sukhoi landed at Qamishli airport in the east of the country on 28 October. This airport, which is close to the U.S.-military base, is used by the Russian military police as a military base, the Kurdish journalist Hoshank Hussein tweeted.

Two days earlier, the co-chair of the KCK Kurdistan Communities Union, Jamil Bayek, who also calls himself the Kurdistan Workers Party’s (PKK) second-in-command, told Annahar, a political and independent Lebanese newspaper, about the uneasy relationship between the Autonomous Administration and Russia.

Bayek added,” We know very well that both the Democratic Unionist Party (DUP) and the Autonomous Administration have relations with Russia.” He noted that these relations were sometimes indirect and at other times were direct. Furthermore, their relations with Moscow vary depending on Russia’s relations with Turkey.

He added that the PKK does not have a passive approach towards Russia or any other country. However, several countries have negative attitudes towards the party because of its bad relation with Turkey. Therefore, the PKK has many issues with the U.S. and some European countries.

Just a few days before these statements were issued, under the protection of the SDF, a Russian military column, consisting of several armored vehicles, entered al-Salihiya, a line of contact between the Syrian regime and the SDF in the governorate of Deir-ez-Zor.

In protest, many people of Deir-ez-Zor blocked the roads. However, the Russian column crossed at dawn on October 22nd, to the town of Abu Khashab and from there to the Karafi road towards Raqqa, in secrecy. This, consequently, caused extreme tension in the region, the Euphrates Post Network reported.

It is worth noting that the Russian forces had already removed the earthen berms opposite the SDF-held village of al-Junaynah to cross into Raqqa easily.

Russia has taken advantage of the SDF’s panic over the withdrawal of the U.S. from Afghanistan and its plans for a near withdrawal from Iraq. In other words, Russia is trying to push the Syrian Kurds into reconciliation with the Syrian regime, taking advantage of Turkey’s escalating threats of launching military operations against the SDF, following a spate of attacks in areas controlled by the Turkish-backed Syrian National Army(SNA), Afrin in particular.

The SDF is trying to play on the relations between Russia and the U.S. and their contradictions, in order to create a new political and administrative situation in the region, especially with the retreat of the U.S.administration.

Russia is moving fast to fill the void that the U.S. will leave in northern Syria by making remarkable rapprochement with the Kurds and finding joint political and military formulas and understandings in the areas controlled by the Autonomous Administration.

Russia is exerting pressure during this timeframe, which could lead to the negotiated restoration of the Syrian regime’s control over northern Syria and the achievement of a comprehensive political solution. In order to implement its political solution, Russia must include the Kurds in it, according to the Russian vision.

In return, the Kurdish component could benefit from this rapprochement by finding an additional backer in the region (Russia). Thus, the Kurds will feel less concerned about a sudden U.S. withdrawal from northern Syria, as happened in Afghanistan. Actually, the Kurds want to ensure a regional or international military force that supports their positions in Syria. The Kurds have not found better than Russia. Knowingly, Russia has a stronger hand in the Syrian file. This rapprochement also ensures their presence in the political solution, according to Allawi.

The recent rapprochement between Russia and the SDF can be understood as follows: The SDF attempts to enter into a partnership with the central government in Damascus, regardless of the presence of Assad or not. The nature of this partnership is that the SDF does not want to be a partner in ruling Syria, but to be as “an exclusive owner or representative of the three eastern governorates and their tribal and cultural affiliations on the right bank of the Euphrate (Jarabulus, Manbij, and Maskana) in partnership with the Syrian government in Damascus.

In principle, the Russians do not object to that because Turkey cannot possibly launch a full-scale military invasion against the Kurds in northern Syria. Furthermore, the Russians do need the wealth of northeastern Syria in order to rebuild Syria, or at least to finance the project of the Assad State, which has come close to collapse more than once due to the successive economic crises.

These frequent economic collapses still threaten the Assad project with its final collapse in one sudden instant, according to researcher Majed al-Aloush.