Russian forces conducted airstrikes in northern Syria on Saturday in the vicinity of refugee camps near the Syrian-Turkish border, al-Araby al-Jadeed writes. 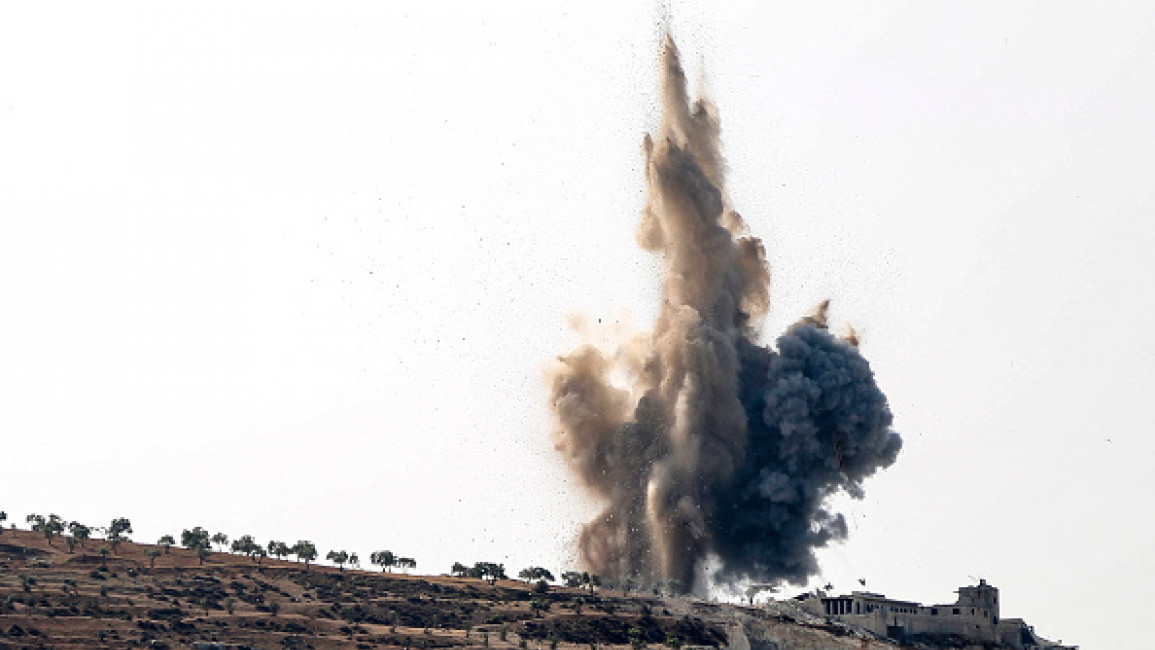 Russian forces conducted over 20 airstrikes in northern Syria on Saturday, some of which reached the vicinity of refugee camps near the Syrian-Turkish border.

The Russian strikes targeted the province of Idleb and Aleppo’s countryside as they hit areas inside Syria’s de-escalation zone, according to local activists.

The Russian escalation is believed to be a response to Turkish threats against the Kurdish-led Syrian Democratic Forces, as Russian strikes could prompt a wave of displacement towards Ankara, Abu Yazan al-Shami, a former leader in the ‘1st Coastal Division’ opposition group, told al-Araby al-Jadeed.

Read Also: What’s Left of the Privacy of the Women in the Camps of Idleb

Local NGOs have warned that refugee camps in northern Syria have reached their maximum capacity, following a recent influx of internally displaced civilians.

The Syrian Response Coordinator Group has called on Russia to stop “war crimes” by targeting areas near the camps.

“Russian airstrikes on the de-escalation zone… targeted one of the largest areas containing hundreds of thousands of displaced people,” the NGO said in a statement on Saturday.

“We demand an immediate halt to the repeated attacks on the civilian population… especially the targeting of areas that contain [IDP] camps,” the statement added.

This comes amid concern surrounding increased attacks on Syrian refugee camps after one child was killed by the regime and Russian bombings on a camp for widows in Northern Idlib on Wednesday, according to the White Helmets.