The photo of a one-legged Syrian father with his young son born without upper or lower limbs won photo of the year at the Siena International Photo Award, al-Araby al-Jadeed reports. 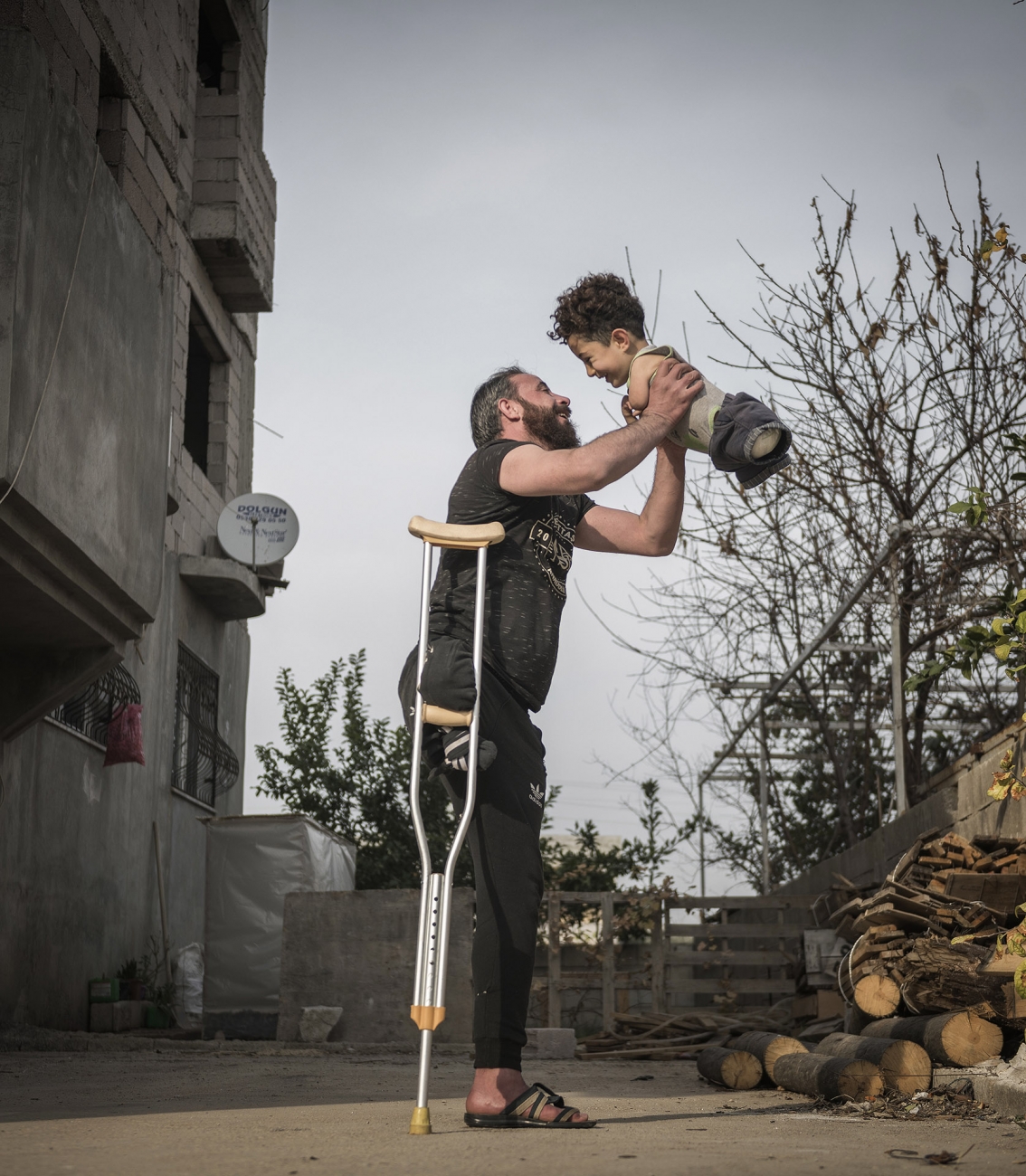 A heartbreaking photo of a one-legged Syrian father with his young son born without upper or lower limbs won photo of the year at the Siena International Photo Awards (SIPA) 2021.

The image was taken by Turkish photographer Mehmet Aslan in the district of Reyhanli in the Turkish province of Hatay at the border with Syria.

Named “Hardship of Life,” it shows the father Munzir – who lost his right leg in a bomb attack in Idlib – swinging his young son Mustafa in the air.

Mustafa, captured with a big grin, was born without lower or upper limbs due to a congenital disorder caused by the medications his mother Zeynep had to take after suffering from a nerve gas attack in Syria.

The caption under the winning photo entry reads: “Mustafa will need a special electronic prosthesis in the future which, unfortunately, are not yet available in Turkey.”

“The happiness of the father and his son, even as the man stands on one leg, it is very precarious,” says Kataoka Hideko, Director of Photography at Newsweek Japan and one of the judges on the panel.

Read Also: Assad Security Burned to Death a Whole Family Near Damascus in 2012

“My heart, briefly saved his moment of joyful love, is overshadowed by the long and hard lives they face ahead, a great cost left by the war,” she added.

The war in Syria began over ten years ago when a peaceful uprising was violently repressed, leading to full-scale civil war. There are 5.6 million registered Syrian refugees across the world today, including 2.5 million children, living in places like Egypt, Iraq, Jordan, Lebanon, and Turkey, according to UNICEF.

Other prize winners include Indian photographer Lopamudra Talukdar for his image of children playing in the street and Russian photographer Sergey Savvi for his photo “This is My Jungle” of an Elephant destabilizing a jeep full of people.

Aslan, the overall winner, will receive around $1,745 worth of photography equipment, a “Pangea Prize” crystal statuette, and other promotional gifts.