The shadowy Qasioun Brigades rebel group has claimed responsibility for the Damascus bus attack that killed 14 regime soldiers, according to al-Araby al-Jadeed. 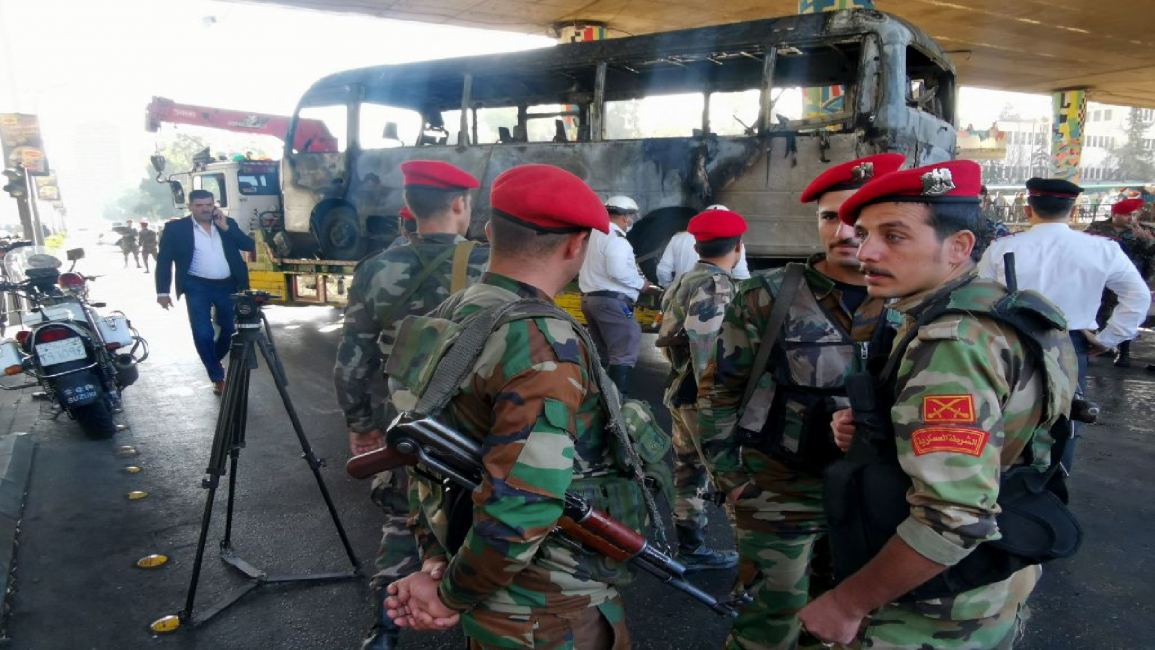 A Damascus-based rebel group claimed responsibility on Thursday for the bus attack in the Syrian capital Damascus a day earlier which targeted regime soldiers. The shadowy Qasioun Brigades said in a statement that it planted explosive devices underneath a bus belonging to the defense ministry.

The bus attack the rebel groups claimed responsibility for is the bloodiest in Damascus in years. It killed 14 people and wounded a few others.

“We affirm to continue our operations inside the areas controlled by the regime in response to the daily massacres the regime and its militias commit against our people in the north,” the statement read.

Northern Syria’s Idleb governorate is still controlled by rebel and militant groups, many of which are backed by Turkey. It is the only part of Syria still largely outside regime control.

The Qasioun Brigades are mainly active in Damascus and the surrounding countryside area. It has previously claimed responsibility for attacks targeting regime forces and allied factions, targeting high-ranking military and intelligence officers.

It remains unclear, however, who leads the group and what its links are with other anti-regime factions in the war-torn country.

Syria’s decade-old conflict has killed over half a million people and displaced millions of others, mostly as a result of regime bombing.

Violence in Damascus is rare, especially since regime troops and allied militias retook the last significant rebel bastion near the capital in 2018.