On Wednesday, Syria executed 24 people accused of igniting last year's wildfires, which left 3 people dead and burnt thousands of hectares of forests, according to Athr Press. 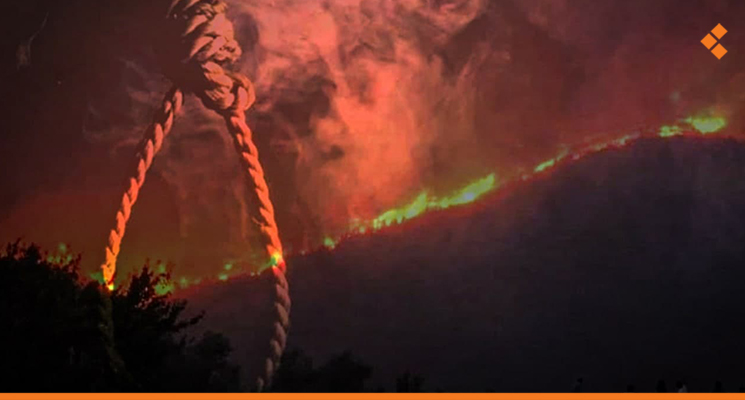 The Ministry of Justice announced that the executions came after following all the legal procedures.

The sentence was executed after its ratification by the Court of Cassation. The  Amnesty Committee in the Ministry of Justice also ratified the sentence, based on “the provisions of the General Penal Code, the Code of Criminal Procedure and the Anti-Terrorism Law No. 19 of 2012.”

Read Also: Significant Losses in Forest Wealth as a Result of Fires in Syria

The Justice Ministry called the 24 who were executed, “criminals who carried out terrorist attacks that led to deaths and damage to infrastructure and public property.” It said 11 others were sentenced to life in prison in the same case.

Late last year, the Ministry of Interior was able to identify the perpetrators and those involved in the outbreak of dozens of fires in Lattakia, Tartous, and Homs, and they confessed that they had set fire to several locations in the three governorates.