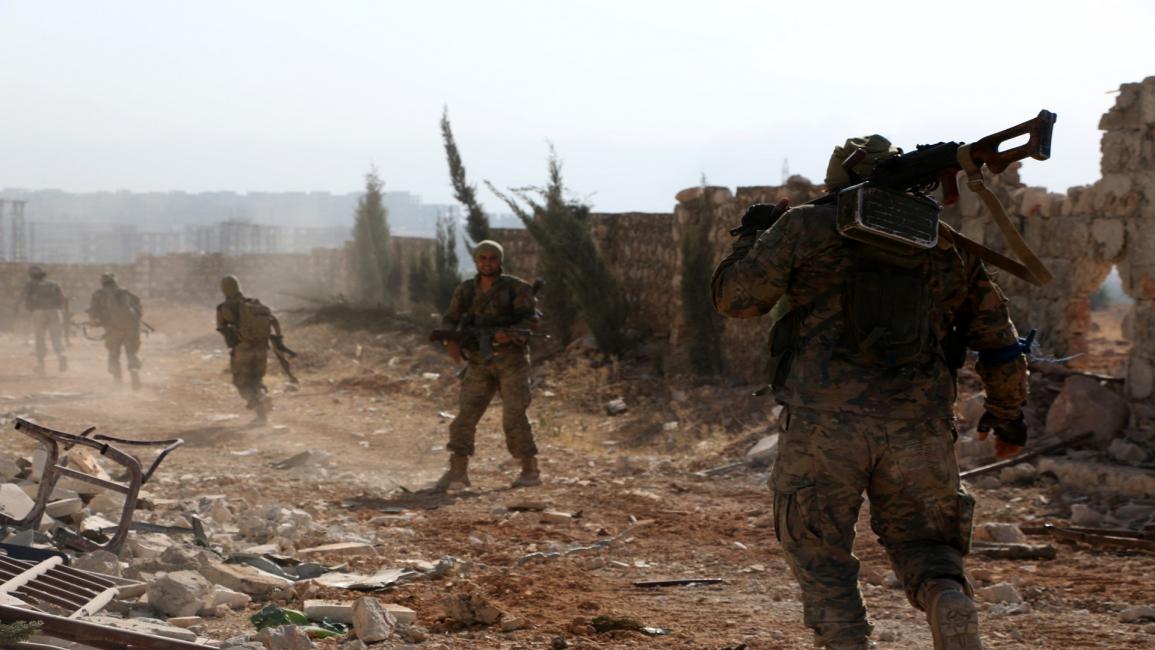 Attempts by Turkey to merge Hayat Tahrir al-Sham (HTS, formerly al-Nusra Front) with the Syrian National Army (SNA) to have the former removed from the terror list is almost impossible, politicians in opposition-held areas in Idlib, northwest Syria, said on Wednesday.

Factions of the SNA, which is backed by Turkey, sent groups affiliated with it to areas held by the HTS in the southern countryside of Idleb and the western countryside of Aleppo, exclusive military sources told North Press.

The entry of those factions took place in coordination with HTS, which, in turn, sent groups affiliated with it to the areas of SNA in northern Aleppo, the sources said under the condition of anonymity.

“Dozens of militants of al-Jabha al-Shamiya (Levant Front) faction and other factions have recently arrived in HTS-held areas in Idleb,” the sources added.

Most of their posts are mainly set in the town of Kafr Karmin, west of Aleppo, in addition to deploying dozens of militants on the frontlines with Syrian government forces, south and east of Idleb, according to the sources.

After coordinating with the SNA and Turkish forces, the HTS has taken control of several headquarters in Kafr Janneh in the Afrin region, north of Aleppo, the sources noted.

Early in October, sources of the Turkish-backed factions in Idleb told the pro-government newspaper al-Watan that Turkey had intended to deploy in the southern countryside of Idleb, where HTS is stationed.

However, the HTS, which is controlling Idleb, has not commented on the news so far.

“New Turkish endeavors regarding the de-escalation zone and the M4 region, at this particular time, are mere a maneuver by Erdogan’s regime aiming at presenting this as one of the outcomes of Sochi summit that Russia is satisfied with,“ the sources stated.

In late September, both Russian and Turkish presidents concluded their discussions that tackled the issue of reducing violence in Syria’s northwest and increasing sales of Russian defense systems to Ankara, despite U.S. objections.

In an exclusive statement to North Press, Youssef Hammoud, the official spokesman of the SNA, which is the largest formation in areas of northern Aleppo and the second largest military formation in Syria’s northwest, denied the deployment of SNA’s factions in Idleb and that of the HTS in the countryside of Aleppo.

Days ago, North Press contacted the head of HTS media affairs, Taqi al-Din Omar, inquiring about the issue, but it has not received any reply.

On his part, the official spokesman of Jaysh al-Izza, which is one of the HTS formations operating in Idleb, Mustafa Bakour, said, “I do not have certain information on the process of merging the HTS with SNA.”

However, Bakkour does not exclude the merging, believing that “it is the best solution for Turkey.”

“Dissolving HTS and other factions now is not in the favor of Turkey, but its interest match with the international community on dissolving factions that are globally listed terrorists in order not to be alone countering major countries,” he added.

Meanwhile, Russia refuses this measure because “it wants to eliminate all revolutionary factions successively but not merging them, and it wants to eliminate the HTS because it is currently the most powerful on the ground and controls Idleb and its outskirts,” according to Bakkour.

In the event of merging the HTS with the SNA without changing its organizational structure, “countries will consider this as a maneuver for the sake of gaining global acceptance,” he noted.

As for Russia, it sees that each opponent for Bashar al-Assad is a terrorist that must be eliminated, and this was made clear successively by Lavrov during the past years,” Bakkour mentioned.