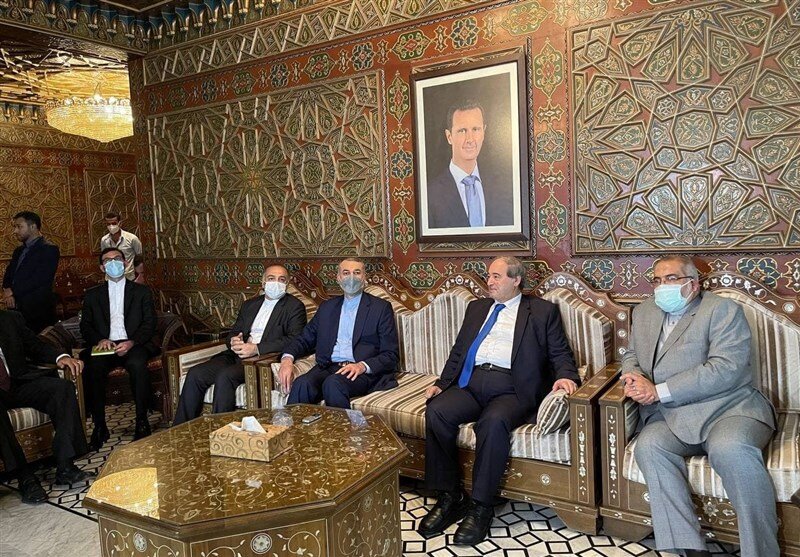 During the meeting, discussions touched on the strategic relations between the two countries, and the joint efforts to bolster them by establishing executive work programs to develop and expand areas of cooperation in all fields, which serve the interest of the two friendly peoples, especially in the economic and the commercial domains.

The developments on the ground were also discussed in the meeting with Abdollahian, in which President al-Assad stressed the continuation of the liberation of all Syrian lands from terrorism, and ending any illegal foreign presence on them.

The latest developments on the regional and international arenas were also addressed, and the importance of continuing consultation and coordination in the political field was emphasized, especially since the converging views and policies of the two countries regarding the challenges facing the region proved to be effective and correct.

Talks also dealt with the situation in Afghanistan and its impacts on countries of the region as President al-Assad considered that the withdrawal of the U.S. should be an opportunity for the neighboring countries to crystalize a common vision to consolidate civil peace there and to not transform that country into a terrorist spot, and avoid any foreign interventions which attempt to exploit the conditions of withdrawal to impose their agendas.

The Iranian Minister briefed President al-Assad on the developments of the Iranian nuclear file, and the Iranian government’s endeavors to achieve sustainable development and cooperation with its neighboring countries to deactivate the blockade and sanctions imposed on the Iranian people.

“Syria is on the path of development and progress and the Islamic Republic of Iran in this direction, as during the terrorist war against Syria, will support Damascus with all its might,” Iranian Foreign Minister Hossein Amir Abdollahian told reporters upon his arrival in Syria on Saturday.