On Saturday, members of a Turkish-backed faction cut down dozens of forest and olive trees in the countryside of Afrin, according to North Press. 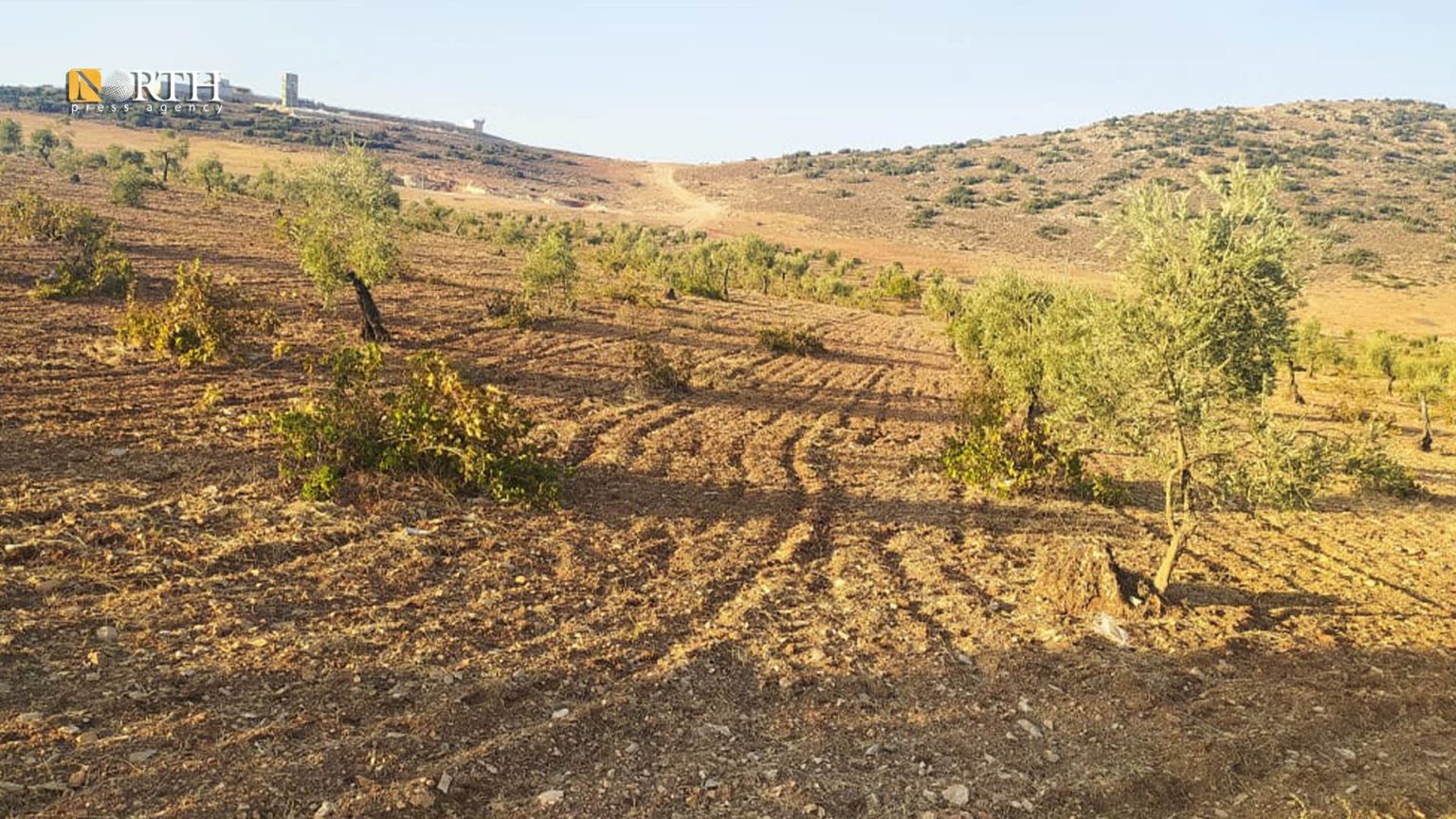 On Saturday, members of the Turkish-backed al-Hamzat faction cut down dozens of forest and olive trees in the countryside of Afrin, northwest Syria, in light of its ongoing violations in the area.

A special source told North Press that members of the al-Hamzat faction cut down dozens of forest and olives trees in the villages of Gazeh and Satiya, to sell them in the region’s markets.

A report by the Human Rights Organization-Afrin issued at the beginning of the year stated that the Turkish forces and the Turkish-backed factions have cut down more than 314,400 olive trees and other forest trees since their takeover of Afrin.

“They burned more than 11,000 forest and olives trees, in addition to burning more than a third of the area allocated for agriculture, estimated at more than 11,000 hectares, since its control over Afrin,” the report added.

Since the takeover of the Turkish forces and their affiliated armed opposition factions on March 18, 2018, the Afrin region has witnessed the phenomenon of cutting trees which increases with the advent of winter.