In a press conference, Ilham Ahmed claimed that the PKK fought extremism, and expressed the SDC's willingness to dialogue with the Assad regime and Turkey, according to Syria TV. 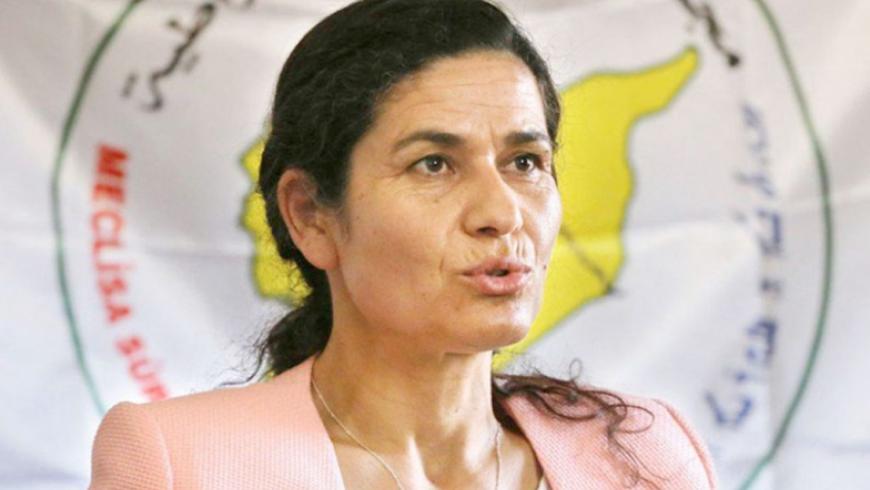 “The Kurdistan Workers’ Party (PKK) has fought terrorism and extremism in several areas where the Kurds are present. They have given everything, their most precious offerings, including the lives of their members,” said Ilham Ahmed, joint president of the Syrian Democratic Council (SDC). She noted that this “puts a moral obligation on the SDC towards the party.”

Ahmed spoke at a conference hosted by the Washington Institute for Near East Studies in the U.S. capital, Washington. The North Press Agency quoted Ahmed on its website, where she revealed the political path that the SDC will pursue during the next phase.

“It is important to remember that the PKK was originally established to defend the rights of persecuted Kurds in Turkey, and it aimed to establish a kind of democracy there that benefited Kurds and other communities suffering from repression,” Ahmed said.

“We are in northeastern Syria. Syrians of different backgrounds and political orientations are governing part of Syria’s territory; we have no enmity towards Turkey,” she said.

SDC open to dialogue with Turkey and the Assad regime

Ahmed expressed the SDF’s readiness for dialogue with Turkey and resolve all differences with Ankara peacefully. She added that this willingness to negotiate would be “in exchange for ensuring that issues linked to the Kurdish people and the occupied Syrian territories of Turkey, such as Ras al-Ain, Tal Abyad, and Afrin, are addressed.”

The SDC joint president urged the international community to “ensure an open and comprehensive dialogue between the Kurds in Turkey and the Turkish government,” noting “the potential of such an understanding to establish long-term stability and security in the region.”

Read Also: AANES Calls on Syrian Parties to Cooperate for Peace and Stability

“It is necessary for both the United States and Russia to cooperate on the issue of dialogue with the regime, and to push it to accept the involvement of other political parties,” she said.

On the presence of U.S. forces in northeastern Syria, Ahmed said that she had held “high-level meetings” with administration officials, in which those officials stressed that the United States “remains committed to northeastern Syria, contrary to what was rumored in Washington after the withdrawal from Afghanistan.”

“Administration officials have offered us pledges to maintain their presence in northeastern Syria and provide economic support to the region,” she said.

Ahmed said the U.S. presence in Syria is “symbolic” and “establishes a kind of positive balance in the Syrian issue, different from the form of the war in Afghanistan.”

Elections for any party that wants to participate

Ahmed also spoke about the SDC’s intention to launch an electoral process soon. She noted that the elections “will be open to all communities of the region to participate,” stressing that “the Autonomous Administration has accepted neutral international monitoring to ensure that the elections are democratic and transparent.”

On the intra-Kurdish dialogue in Syria, Ahmed said that its suspension “will not push the Autonomous Administration to cancel or postpone the elections.” She explained that “it is not fair to make the communities of the region, such as the Arabs, who make up a large part of the region’s population, wait for elections and represent them democratically until the Kurdish parties reach an understanding in their separate dialogue.”

“We have decided to hold the elections and open them to any party that wants to participate,” she said.