A delegation of the Syrian opposition met with the UN Secretary-General, emphasizing the need to reach a just political transition in Syria, according to the SOC media office. 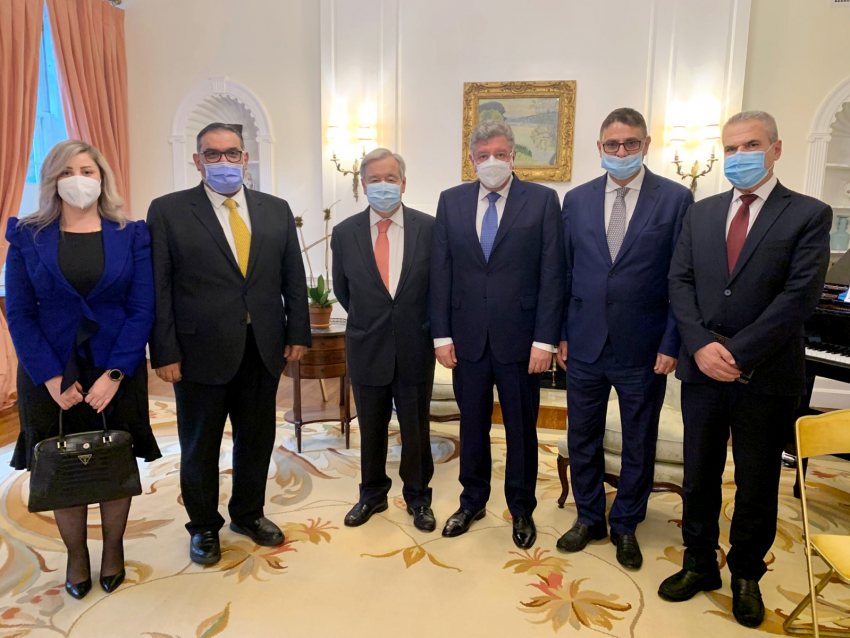 The joint delegation of the Syrian Opposition Coalition (SOC) and the Syrian Negotiations Commission (SNC) to the United States met with the UN Secretary-General Antonio Guterres on the sidelines of the 76th session of the UN General Assembly. They discussed the latest developments on the ground and in the political process.

Meslet stressed that the Syrian crisis cannot be reduced to a humanitarian issue, pointing to the need to revitalize the political track and the important role of the UN in implementing all its resolutions on Syria, most importantly the Geneva Communique of 2012 and UN Resolutions 2118 and 2254.

He clarified that the Assad regime and Russia continue to obstruct the political process and prevent reaching a political solution by insisting on pursuing a bloody military solution.

Abdah raised the issue of detainees and forcibly disappeared persons, stressing that this issue “affects every Syrian household.” He called on the UN Secretary-General to undertake an initiative in this regard.

He stressed that the political process will lack legitimacy and meaning as long as detainees are not released, the fate of the forcibly disappeared is not disclosed, and those whose hands are stained with Syrians’ blood are not held accountable.

Abdah also stressed the need to prevent any attempt to normalize relations with the Assad regime, maintain pressure on it and its backers, and maintain sanctions that exclude humanitarian aid and everything related to the Covid-19 pandemic.