COVID-19 continues to wreak havoc in Northwestern Syria, as 12 patients died and 1,270 news infections were recorded in 24 hours, according to Zaman al-Wasl. 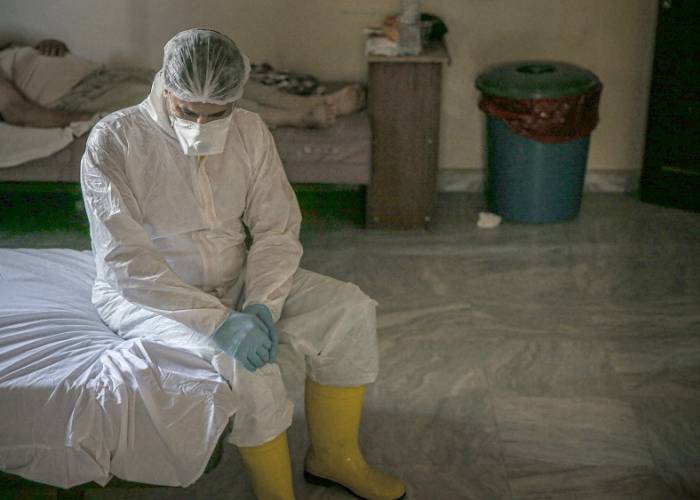 At least 12 people died of COVID-19 on Tuesday in northwestern Syria, topping the death toll to 1,124 since the pandemic spread in the opposition-held areas, a local health facility said Wednesday.

The Early Warning and Epidemic Response Network has also recorded 1,270 infections in the past 24 hours. The total number of infections reached 70,585.

Syria is facing a new surge in COVID-19 infections in both regime and opposition-held areas amid a fragile health system.

The spike in COVID-19 cases and deaths was more alarming in heavily populated opposition-held northwestern Syria, where over four million live, among them nearly half a million alone in makeshift tents.

In that area, infections have doubled within a month to around a total of 70,500 cases, according to Western aid groups working in the area.

Syria was hard hit by the pandemic last year during two major spikes in infections in August and December, where medical staff privately say there was an official cover-up of the extent of the pandemic, a charge denied by authorities, according to Reuters.

The latest spike comes from the Delta variant blamed on a surge of visitors from abroad in the summer, they say.

Health workers say the country has administered only 440,000 doses of COVID vaccines so far, barely a fraction of the country’s over 18 million people.

Official figures say there have been 31,148 infections and 2,146 coronavirus-related deaths reported in the country since the pandemic began last year.