Inflation is pushing Syrians to forego basic commodities, a trend the government hopes to fight through price controllers, according to a-Hal. 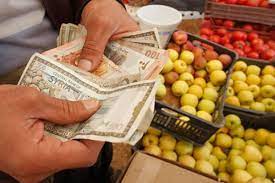 The price of materials and commodities, particularly basic supplies, is not stable in Syria, which undergoes quick inflation. The government intends to grant broader powers to market controllers. However, the chances of their success in controlling markets are low given the way they operate and collude with traders.

The director of consumer protection at the Ministry of Domestic Trade, Mohammed Marwan Bagh, said that there are “new instructions that give the supply controller the power to regulate any violation he witnesses or hear of, at any time, even if the citizen complains.”

Coffee is out of reach for most Syrians and is limited to the rich. The poor are trying to adapt without coffee, their favorite drink because their monthly salary is not even enough to purchase 1.5 kilograms of coffee.

Increased prices and a low level of income below the poverty line have pushed most Syrians to stop buying some products, including red and white meat, and most fruits and olive oil.