An official from the Ministry of Health has confirmed that the occupancy rate of Covid-19 ICU beds in Damascus has reached 100%, according to al-Baath Newspaper. 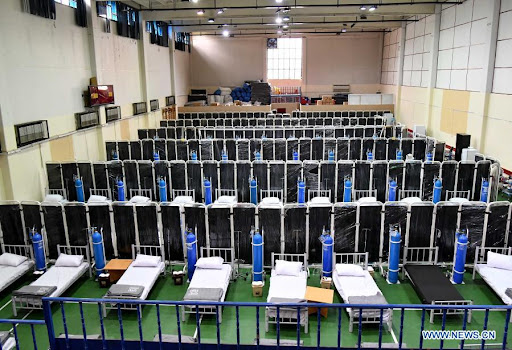 Dr. Tawfiq Hassaba, the Ministry of Health’s director of readiness and emergency, revealed that the occupancy rate of intensive care beds in Damascus has reached 100 percent with COVID-19 patients, comprising both confirmed and suspected cases. Several COVID-19 patients were transferred to hospitals in Rural Damascus to accommodate all cases needing intensive care.

Read Also: Syrians Between Turnout and Fear of the COVID-19 Vaccine

Dr. Hassaba pointed out that the cumulative number of cases currently being treated in hospitals has reached 2,000 in the various governorates. He indicated that the governorates of Lattakia, Aleppo, Damascus, Rural Damascus, and Hama have recorded the highest case numbers during the current wave.

The official confirmed that cases during the current wave are less serious and respond faster to treatment. Periods of hospitalization during the past waves ranged from 15 to 20 days; during the current wave, hospital stays range from 10 to 12 days. Dr. Hassaba also pointed out that the number of deaths is lower than for the previous waves, when twice the number of deaths was recorded, despite fewer overall cases occurring.

Dr. Hassaba said that the injuries recorded yesterday will not necessarily be the height of the peak; rather, an even bigger increase in the number of infections might be recorded in the coming days. He stressed the importance of adhering to preventive health measures and not becoming complacent about them, as well as receiving the COVID-19 vaccine — especially since all vaccines are both safe and effective.