The dialogue between Kurdish parties will resume, after pressure by the U.S., according to al-Hal Net. 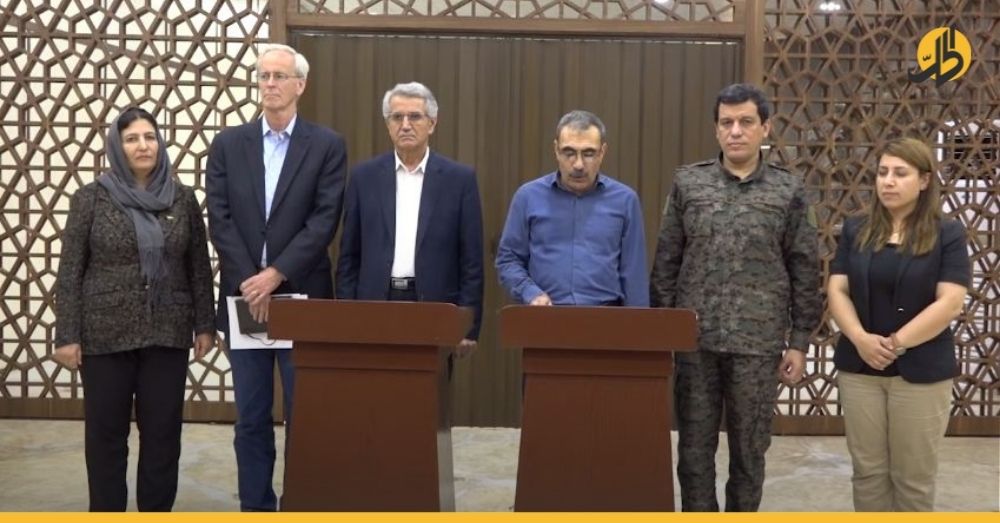 On Thursday, the two sides of the Kurdish dialogue expressed their willingness to resume negotiations, after the arrival of the U.S. Deputy Secretary of State Joey Hood in Qamishli in late August. Hood came to Qamishli to oversee meetings to achieve rapprochement between the Syrian Kurdish parties.

Faisal Yusuf, a member of the Presidential Commission of the Kurdish National Council (KNC), told al-Hal Net: “They met with Assistant Secretary of State Joey Hood, in the presence of U.S. Ambassador David Brownstein, through closed-circuit television.”

Yusuf added that Hood expressed his country’s commitment to the political solution to the crisis in the country in accordance with UN Resolution 2254. The United States will support negotiations between the Kurdish National Council and the parties of the Kurdish National Unity and work to address the obstacles to those negotiations, while also stopping violations against the Council that are occurring,

The presidential body member pointed out his group’s readiness to resume negotiations in a positive atmosphere, free from the harassment and detention of the Council’s supporters. He pointed out that the U.S. ambassador and the Syrian Democratic Forces’ commander had signed a document to stop violations and overcome obstacles to a comprehensive agreement.

Nasreddin Ibrahim, secretary of the Kurdish Democratic Party in Syria, told al-Hal Net: “The national unity parties have not yet received any communications aimed at scheduling a meeting with the U.S. side.”

The negotiating member noted that U.S. diplomat David Brownstein had informed them that the assistant secretary of state would meet with both Kurdish parties separately, in preparation for the resumption of negotiations directly under Brownstein’s supervision.

Since April 2020, the United States has been sponsoring dialogue between national unity parties and Kurdish National Council parties. This support followed an invitation from Mazloum Abdi, the SDF commander-in-chief, but differences have stalled the talks repeatedly.

The assistant secretary of state’s visit, aimed at understanding how to revive the Kurdish talks, is an effort to bring different perspectives closer together, return to the negotiating table, and overcome any obstacles.

The negotiations aim to reach a comprehensive political agreement and form a civilian administration representing all the region’s stakeholders, comprising all political parties under the protection of a joint military and security force.

Dialogue between the two Kurdish parties has been stalled since late October 2020, after two six-month rounds of talks. During these discussions, the two sides agreed upon a political vision document and thus formed a unified political reference.