The food basket that the WFP distributes in Northwestern Syria has been reduced by 309 calories as resources get more and more scarce, according to al-Souria Net. 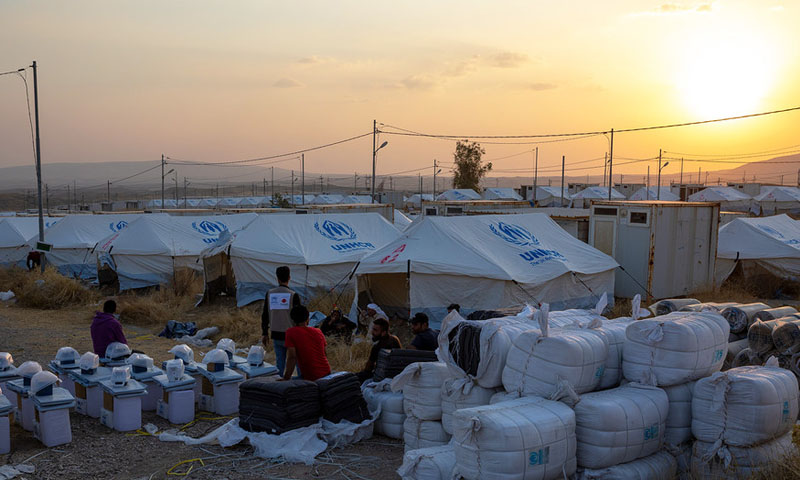 The United Nations World Food Programme (WFP) has announced a reduction in the amount of food contained in the humanitarian aid food basket for northwestern Syria, starting in October.

A WFP statement said the reduction was aimed at increasing the number of targeted beneficiaries reached in the northwestern region of Syria. The reduction would allow WFP to cover more humanitarian needs, given the scarcity of available resources.

“Each beneficiary family will receive four liters of oil, 7.5 kilograms of bulgur, and 5 kilograms of sugar. The amounts of wheat, rice, red lentils, chickpeas, and salt will all remain unchanged,” WFP said in a statement issued by the region’s emergency coordinator, Jan Sovanto.

Sofanto said that the decision of the WFP was taken as “a last resort to ensure that food-insecure families continued to be supported and receive assistance”.

Read Also: What Does the Syrian Regime Gain from Channeling Aid Through Idleb?

On Tuesday, the Response Coordinator’s team issued a statement warning against WFP’s decision to reduce the amount of humanitarian assistance provided.

The team estimated that the reduction amounted to approximately 309 calories per basket. This latest change was the third consecutive aid reduction by the WFP in Syria.

“We deeply regret the new reduction in the food basket’s contents, especially since the reduction impacted essential items in the basket,” the statement said.

The team also called on international authorities to increase support for civilians in the region, in light of the deteriorating economic conditions.

Some four million people live in northwestern Syria, more than half of whom depend on humanitarian assistance provided by international organizations.