The Chief of Staff of the Turkish-backed Syrian National Army has submitted his resignation, the second one witnessed by the Interim Government this year, according to Athr Press. 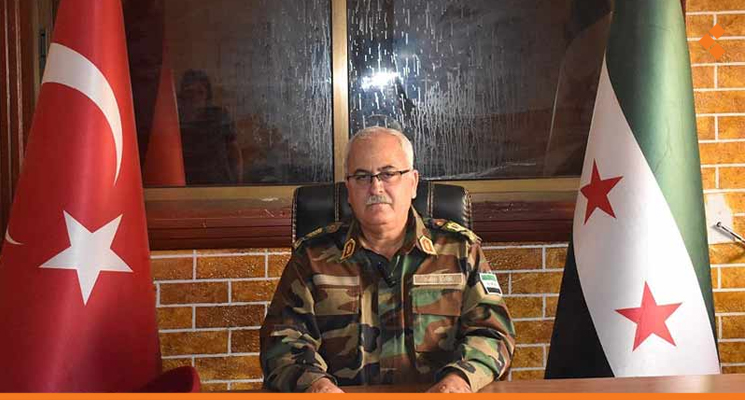 According to the official website of the so-called interim government, on Wednesday, the head of the government, Abdul Rahman Mustafa, approved the resignation of Idris. Idris has submitted his resignation from his post as Minister of Defense and chief of staff of the National Army affiliated with Turkey. His resignation comes two years after taking office.

According to the opposition website Enab Baladi, Idris was known for his proximity to foreign and American officials.

In January, Idris’ resignation was announced, but opposition media denied the news at the time.

Earlier, Idris confirmed in a press interview with Turkish television, TRT TV,  that Syria has turned into an arena of dilemmas and settling scores between countries. He also noted that the national army receives no support except from Turkey.

Idris’ resignation comes months after the resignation of the minister of education in the government, Hoda al-Absi. Absi published a statement in March saying: “I submit my resignation as Minister of Education. I don’t consider honoring the position I was holding. Unfortunately, the experience was full of frustrations, especially by those who were supposed to stand by you and support the work you do. In the near future, all the concealment, difficulties and frustrations that we have experienced during our time in the ministry, will be made clear”. She stressed that at the time that she had been subjected to a lot of abuse.