A German court has refused to grant asylum to a Syrian man who is running from military conscription, according to al-Watan. 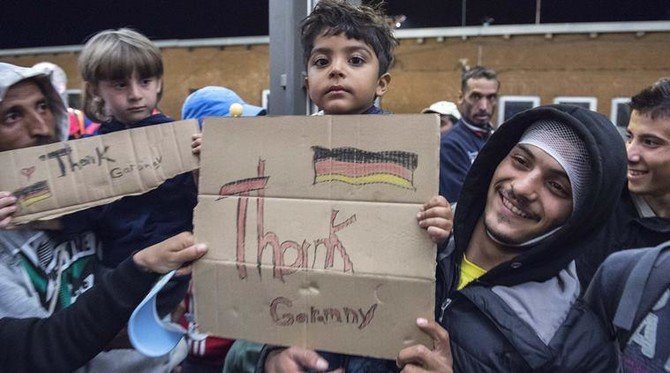 A German court has ruled that men fleeing compulsory service in Syria should not be recognized as refugees, asserting that those who evaded military service by leaving the country illegally are not punished after returning to Syria. Meanwhile, German police arrested two young Syrians near the German city of Hanover on charges of attempting to blow up a bank’s ATM and steal from it.

The Hesse Administrative Court, based in the German city of Kassel, ruled that men fleeing compulsory service in Syria should not be recognized as refugees, according to opposition websites.

The German decision came against the backdrop of a 26-year-old Syrian man’s lawsuit against the Federal Office for Migration and Refugees. The office had granted the man “sub-protection status”, under which he would not be able to bring his family to Germany under the so-called “family reunification” principle.

German media reported that the young man came to Germany in 2015 and was granted “sub-protection status” only by the Federal Office for Migration and Refugees. The man had justified his claim to asylum as based on fear of being summoned for compulsory military service.

“There is a high probability that the plaintiff has not been threatened with any persecution due to his withdrawal from military service,” the court found.

“People who have evaded military service by leaving the country illegally are not punished after returning to Syria. Rather, they are usually recruited directly into military service.”

In other news, German police near Hanover arrested Syrians Ahmed (20 years old) and Rami (21 years old). Last Friday, the 21-year-old was suspected of attempting to blow up a bank ATM, before a car chase occurred in which the two men tried to escape. Police claimed to have strong evidence linking the two young men with the bombing of six ATMs in the Hanover area.

The presiding judge decided to release the two young men while police investigations continue. One youth lives in Aschaffenburg, Bavaria, while the other resides in the town of Northeim, Lower Saxony.

After their release, the two young men appeared on a city street wearing white interrogation uniforms, after police confiscated their clothes for investigation purposes.