Assad condemned a statement by the U.S. about a 'chemical weapons incident' in Syria, according to SANA. 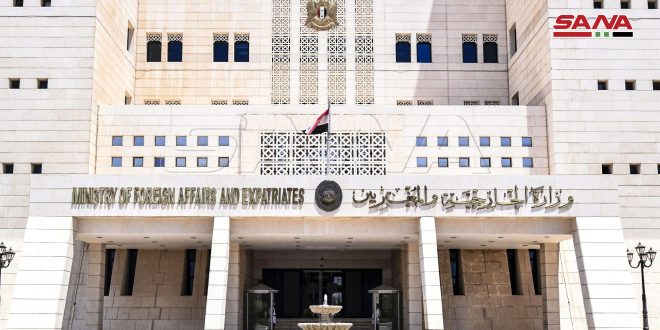 Syria has condemned a press statement lately issued by the U.S. State Department on a chemical weapons incident eight years ago, in Eastern Ghouta in Damascus countryside.

“Foreign and Expatriates Ministry in Syria condemns, in form and context, the baseless allegations included in the press statement issued by the U.S. State Department on August 21st, through which it tried to distort facts and spread lies and misleading concepts about an alleged chemical weapons incident in Eastern Ghouta in 2013,” an official source at Foreign and Expatriates Ministry said in a statement.

The source added Syria affirms that the U.S. statement clearly reflects its continued hostile method against Syria which comes to cover its failure in Afghanistan and its support to terrorism that Syria encounters.

“The government of the Syrian Arab Republic reaffirms once again that it stands against the use of that kind of weapons in any place, at any time and under any circumstance and by any side as it is an issue that opposes Syria’s principles and moral,” the official source concluded.