A spokesman for the Daraa committee denied that any agreement had yet been reached regarding the situation in Daraa al-Balad, according to Baladi News. 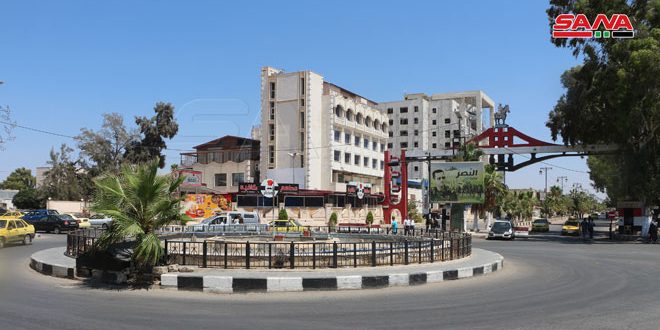 Adnan Masalmeh, a spokesman for the Daraa committee, denied that any agreement had yet been reached regarding any issue in Monday’s meeting with the regime and the Russians.

Masalmeh explained that the committee is still discussing with the coordination committee emanating from the roadmap, to clarify some of the issues that were mentioned. He stressed, however, that no clause has been agreed on so far. He pointed out that the meeting was attended by the general commander of Russian forces.

Regime forces had withdrawn military groups, tanks, and heavy machinery from their positions in the north of al-Jeezah town, in the eastern countryside of Daraa. They were then relocated to positions in the town of al-Naima.

According to sources, the regime withdrew a group of soldiers and two tanks from a checkpoint west of al-Sahwa. This move aims to strengthen their checkpoint which is located near the hospital in the town of Sidon. It also aims to establish a checkpoint on the Umm al-Mayathen bridge, near the Nassib border crossing.

The source clarified that on Monday afternoon, a Russian military police patrol toured several villages in the eastern countryside of Daraa. On Monday evening, the Iranian-backed 4th Division militia tried to infiltrate into the besieged Daraa neighborhoods.