The South Korean electronics company LG has left Syria due to the collapse of the citizens' purchasing power, but also due to a dispute between regime figures, SY-24 reports. 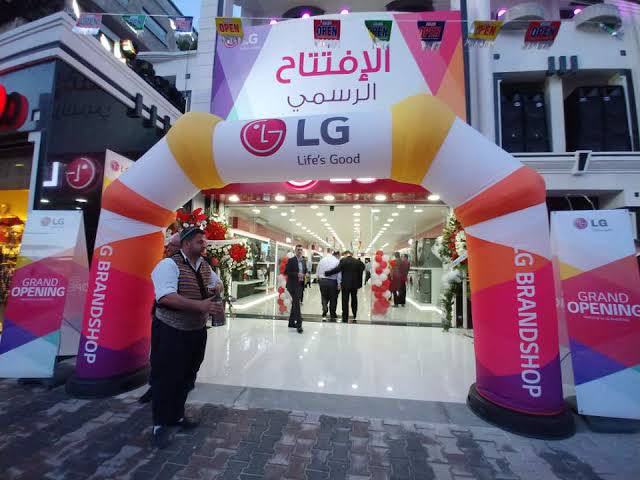 According to economist Younis al-Kareem, many companies will abandon the Syrian regime because of the Syrian people’s collapsed purchasing power. Kareem’s comments to the SY-24 platform, came while responding to news reports that LG Electronics has decided to leave Syria.

“LG has been blackmailed by Syrians, and found itself part of a conflict between regime associates, Ghreiwati and Krayyem,” al-Kareem said.

“Nevertheless, the company’s products continued to flow to the Syrian market. Yet over the past two years, there have been several events that made the company’s continued activity impossible. These factors include the introduction of the Caesar Act, the Beirut port explosion, the financial crisis of Lebanese banks, high taxes in Syria, and rampant smuggling. At the same time, Krayyem has been subjected to new taxes due to the secret campaign run by Abu Ali Khudour (a pro-regime businessman),” he said.

Other factors include “the collapse of the purchasing power of Syrians, to the extent that it threatens the exodus of all businesses from Syria, the conflict between the regime factions, Abu Ali Khudour’s attempt to monopolize the trade of electronic tools, laws, and obstacles to remittances, the general economic environment.”

So far, there has been no statement from LG about what happened, not even from Krayyem’s company.

“What is happening with LG will happen with any company that still allows its products to flow to the market,” Kareem said, adding that this “allows the Syrian market to be hampered by cutting maintenance and modernization.”

Pro-regime and similar sources reported that LG Electronics decided to leave Syria a few days after MTN announced its final exit from Syria.

According to pro-regime media sources, LG, a Multinational from South Korea decided to cancel the company’s contract with United Electronics Company suddenly and without providing any justifications.

The sources explained that Krayyem United Electronics is LG’s last agent in Syria, pointing out that the group Ghreiwati — which was LG’s main agent in Syria — abandoned its agency beforehand, under pressure from the Syrian regime.

A few days ago, the cellular telecommunications company MTN announced its intention to leave Syria, stressing that business in Syria has become “intolerable.”