Russia has provided the Daraa central committee with a roadmap to a solution to the violence in southern Syria, according to Baladi News. 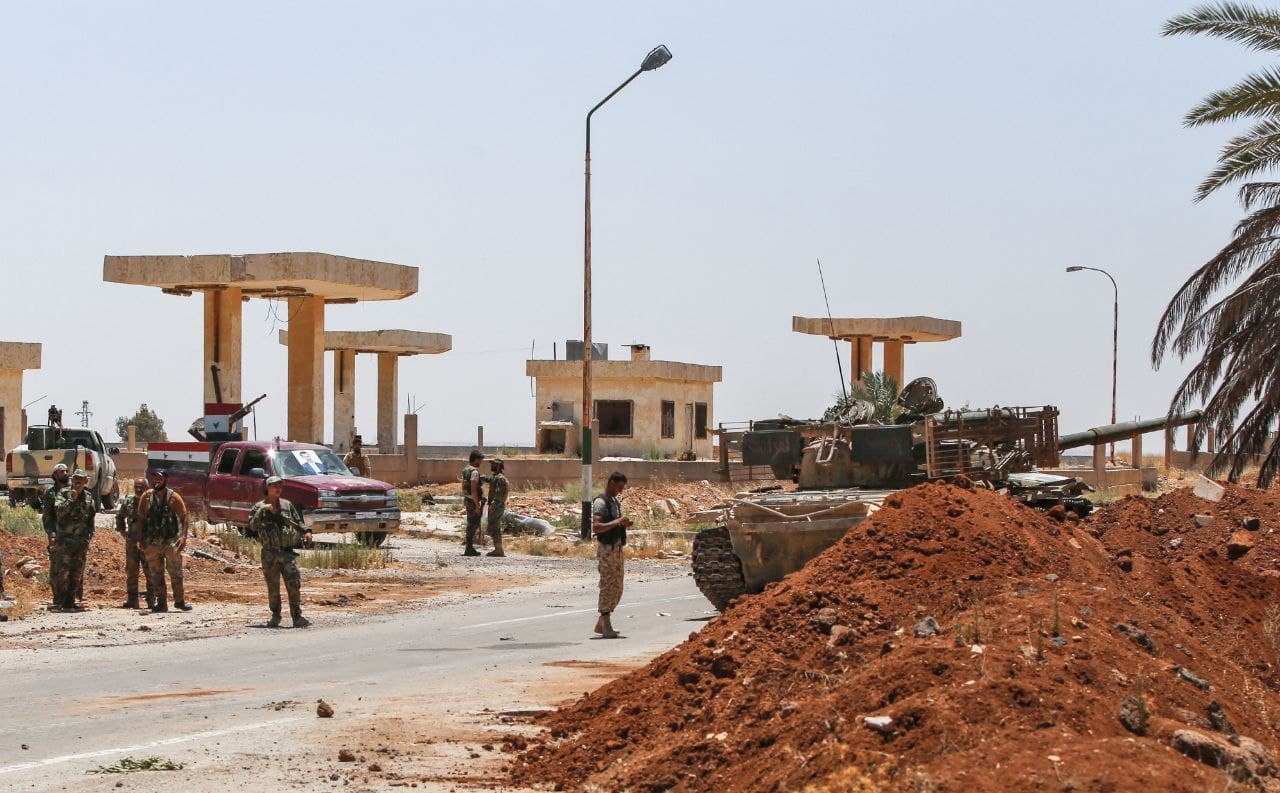 On Saturday, August 14th, a meeting was held between the Daraa negotiating committee and the Russian delegation, in the center of the governorate. The meeting was held in the presence of the regime forces’ security committee. Sources told Baladi News that the Daraa negotiating committee received the resolution roadmap that the Russian delegation spoke about in Friday’s meeting. The solution roadmap includes a new procedure for resolving the crisis in Daraa peacefully.

The sources explained that, on Sunday, another meeting will take place to discuss the terms of the resolution roadmap, proposed by the Russian delegation.

The sources indicate that the Russian proposal is in great accordance with the demands of the regime forces, which revolve around withdrawing individual weapons from the inhabitants of Daraa and displacing wanted individuals to northern Syria.

The proposal includes the entry of regime forces and militias into the center of cities and towns in various areas of Daraa. In return, the regime forces will have to halt the military escalations in the area.

According to the source, the terms of the agreement will be discussed over the next two weeks. The Russian delegation would have confirmed the ceasefire during this period. It is also expected to open the only crossing from Daraa al-Balad towards the governorate’s center, the al-Saraya checkpoint.

On Friday night and despite the Russian’s promises of a ceasefire, regime forces shelled neighborhoods of Daraa al-Balad. The escalations led to the death of the young Mahmoud Ali Saleh al-Qatifan and to the injury of civilians.

Three civilians, including a child and a woman, were also injured as a result of artillery shelling in Jassim city from several regime positions. The most notable positions were: Tal al-Mohs, Tel Umm Houran, and Katibat Jadiyah.

Brig. Gen. Ahmed al-Zoubi, a defected pilot, confirmed that the Russian plan in Daraa was clear. Their plan is based on the formation of the 8th Brigade, and the formation of militias from the people of the region working for the benefit of the regime forces. The formations are then followed by an instigated strife and conflict between them which will then lead to their elimination.

Speaking to Baladi News, he explained that at the beginning of the regime forces’ control of Daraa, the Russians were working on a policy of intimidation and enticement, but at the moment they are only working on an “intimidation” procedure.

He pointed out that if the people accept any Russian offer in the region, it means that the rest of the regions will be controlled with easier offers. He then concluded by saying: “Cohesion and rejection of offers is a necessity, and is the only solution.”

In a report published on Wednesday, Ahrar Horan gathering confirmed that last July, 75 people, including two women and 10 children, were killed in Daraa.