Deputy Minister of Foreign Affairs Ayman Sussan claims that the U.S. does not understand UN Resolution 2254, which it uses to justify occupation, al-Watan writes. 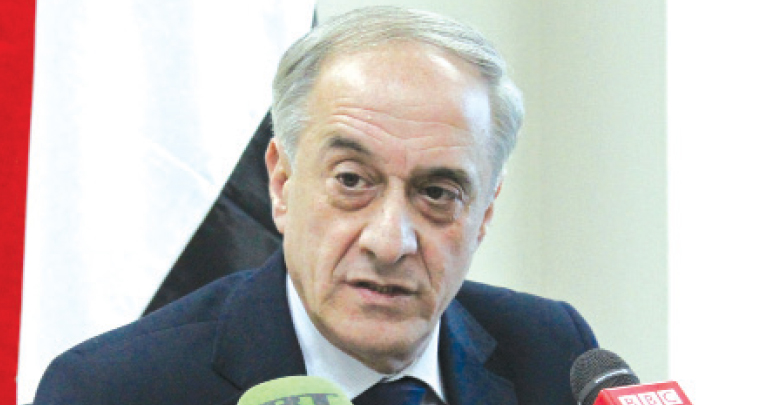 Deputy Minister of Foreign Affairs & Expatriates Ayman Sussan criticized recent U.S. statements about the legitimacy of the U.S forces present in Syria and its erroneous interpretation of UN Resolution 2254. In an exclusive statement to al-Watan, Sussan said: “The presence of any forces, without the State’s consent, is an occupation under international law. It cannot be justified in any way, and we all know the objective behind the U.S. presence in Syria.”

Sussan explained that the U.S. presence in Syria aims to achieve the goals of the so-called “Arab Spring” by controlling and dominating the region while taking away state sovereignty. This approach ultimately serves the interests of the Israeli occupation and its dominance in the region.

Sussan pointed out that it is no longer viewed as irregular that the state of occupation has become the advanced position for Western and American colonial interests in the region. Sussan added: “So I return to my earlier point and say that this presence, which is an occupation, cannot be justified. And if U.S. officials invoke UN Resolution 2254, I tell them that they lack deep understanding and interpretation of this resolution. This is because it is understood that, in principle, the United Nations does not justify any aggression and does not justify any occupation. How do they interpret the resolution however they see fit?”

“Syrian oil has been stolen before under the protection of the U.S. occupation. Everyone knows that former U.S. President Donald Trump has already allowed a U.S. company to invest in oil sites in Syria and export Syrian oil: do they think we’re stupid? The U.S. scandal is enormous and, no matter what they say and what they do, they will not be able to hide their shameful practices in Syria,” Sussan said, in response to assertions that U.S. forces are not in fact stealing Syrian oil.