Around half of all Syrians feel unsafe living in regime-controlled areas, a new report by the SACD revealed on Monday, according to al-Araby al-Jadeed. 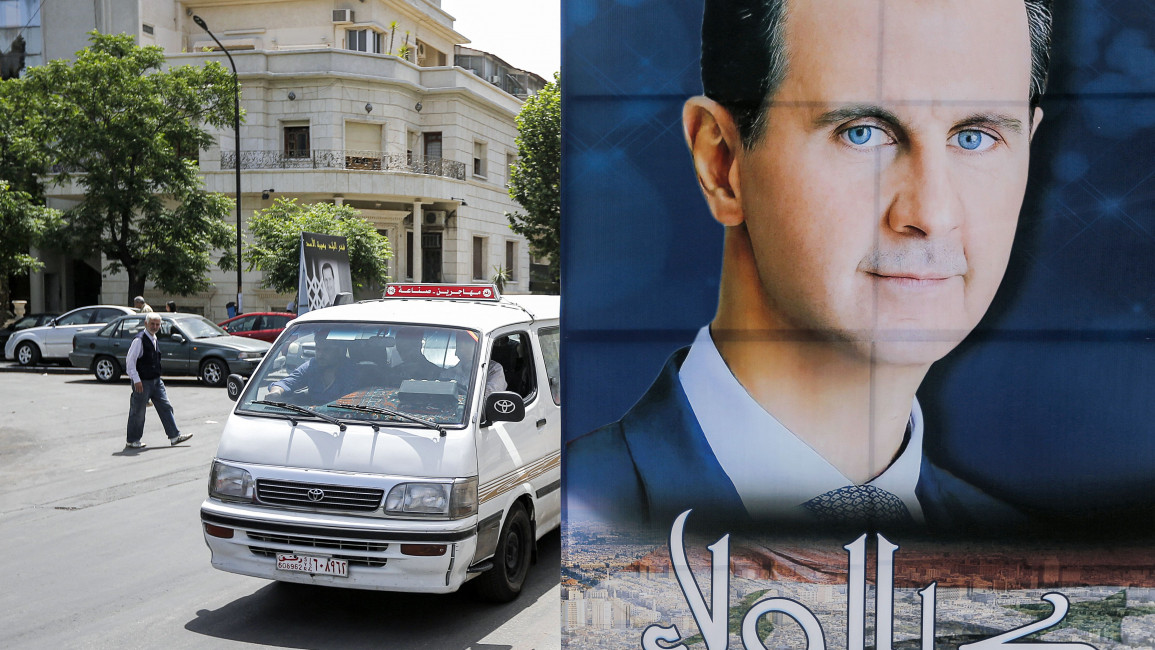 Three-quarters of Syrians in regime-held areas said they were dissatisfied with the regime’s behavior, according to a survey based on 500 interviews of Syrians inside and outside the country.

Around half of all Syrians feel unsafe living in Syrian regime-controlled areas, a new report by the Syrian Association for Citizens’ Dignity (SACD) revealed on Monday.

The study, which is based on more than 500 interviews of Syrians inside the country and among the diaspora, measured Syrians attitudes on a variety of issues, including views towards the regime, a political solution to the civil war, the government’s handling of Covid-19, and corruption.

Notably, the population that reported the highest perception of insecurity was those living in the so-called “reconciled areas”, with 94 percent of respondents saying they do not feel safe.

The reconciled areas of Syria include southern Syria, which was retaken by the Assad regime in 2018. Following the regime’s reassertion of control, a series of so-called “reconciliation” deals were created between Damascus and residents of southern Syria to ease the transition back to regime rule.

As part of the reconciliation deals, former opposition members were able to settle their status with the regime and receive pardons.

In practice, however, settling one’s status did not protect them from arbitrary arrest by the security branches. According to the SACD report, over a quarter of those arrested in reconciled areas had previously settled their status with the regime.

A major confrontation between regime forces and rebels is ongoing in Daraa Al-Balad, which is included within the area covered under the reconciliation agreements. Former opposition fighters have taken up arms again against the regime, while the regime has shelled the city.

Nearly three out of four respondents said they supported a political solution to the civil war, which they viewed as “essential for refugee return”.

While the various sides involved in the Syrian civil war, including the regime and Russia, are nominally engaged with the road to a political solution specified under UNSC 2254, there has been little progress on that front since the beginning of the Constitutional Committee talks in 2019.

Expressing this dissatisfaction is another story, however, as almost 80 percent of respondents saying they did not believe they had freedom of expression.

Syria is currently embroiled in a decade-long civil war after the regime responded to peaceful protests in 2011 with brutal force. Estimates vary as to the number killed in the course of the civil war, but hundreds of thousands have been killed and about half of Syria’s population has been displaced.