During the month of July, the UNICEF counted that 45 children were killed due to violence, as tensions in the North and the South of Syria escalate, according to Zaman al-Wasl. 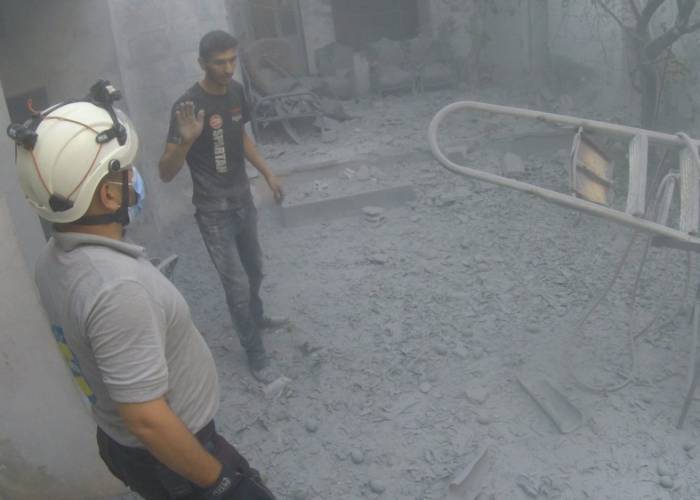 The ongoing escalation of violence in Syria, especially in the north, has killed and injured at least 45 children since the beginning of July, according to a statement issued by the United Nations Children’s Fund (UNICEF).

The statement by the UNICEF explained that after “ten years of conflict in Syria, children being killed has become a common occurrence,” adding that “many families have been left in grief over the irreparable loss of their children, and therefore nothing justifies the killing of children.”

The organization urged parties to the conflict to protect children at all times.

On Saturday, 4 children, all from one family, were killed, as the Syrian regime forces bombed with heavy artillery the houses in the town of Qastoun in the al-Ghab Plain in the northwestern Hama countryside.

And still, areas in Idleb, Hama, Lattakia, and Aleppo are outside the control of the Bashar al-Assad regime and are dominated by fighting factions. These areas include about three million people, a third of whom are displaced from other parts of the country.

Since March 6, 2020, a ceasefire has been in effect in Idleb, following a massive attack launched by the regime forces, with Russian support, over a period of three months, which forced about a million people to flee their homes, according to the United Nations.

Despite repeated violations, the ceasefire is still holding, but the regime forces have escalated their bombing since June in the south of the region.

In a speech he delivered after taking the constitutional oath for a fourth term, Assad affirmed his determination to restore the areas outside his control. “The issue of liberating what remains of our land remains in our sights,” he said.

Since 2015, the regime has succeeded in regaining two-thirds of the territory, after successive military victories with the support of its allies Russia and Iran.

Since 2011, Syria has been witnessing a bloody conflict that has killed about half a million people, caused massive destruction to infrastructure and productive sectors, and led to the displacement and displacement of millions of people inside and outside the country.