The Ambassador of China to Syria reaffirmed the strong relations that exist between Damascus and Beijing, in political and economic spheres, according to North Press. 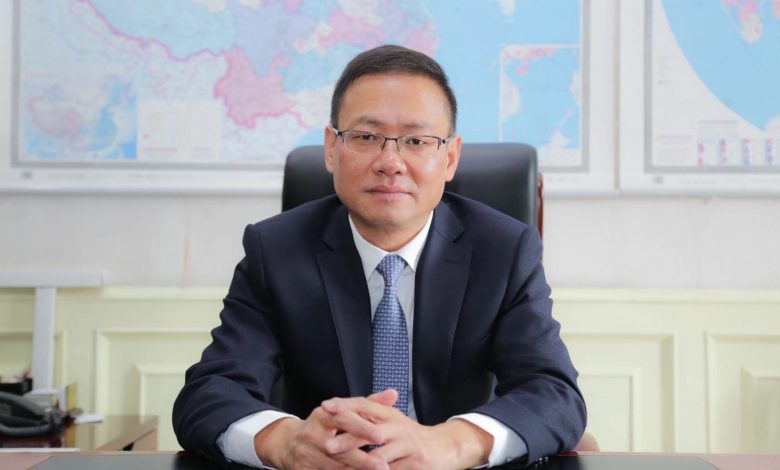 On Tuesday, the Ambassador of China to Syria Feng Biao said that the Syrian-Chinese relations will improve in the upcoming period, describing it as a strong “friendship.”

This came in an article published by the pro-government al-Watan newspaper.

“Syria was among the first Arab countries which exchanged diplomatic representation with China, and the latter kept supporting the efforts of the Syrian President Bashar al-Assad in maintaining national sovereignty and territorial integrity,” Biao added.

“My country used its veto right 10 times in the UN Security Council to protect Syria from certain draft resolutions,” he referred.

“China called to push the political process and appealed to the international community to immediately lift all the sanctions and the economic siege imposed on Syria,” he pointed out.

Biao also referred to the strong economic relations between both countries saying, “Syria was one of most important economic and trade cooperation partners in the Middle East for China.”

“Despite the American and western countries’ sanctions on Syria, China is still Syria’s most important trade partner,” he indicated.

He mentioned that his country is one of the largest countries providing help for Syria. “China has provided Damascus with two billion and 40 million yuan of economic aid in different areas.”

Moreover, it has provided “big amounts of medical aid, such as vaccines and medical equipment.”

Biao described the visit of the Chinese Minister of Foreign Affairs Wang Yi to Syria as “successful.” “Yi discussed with Assad, and his counterpart Faisal Mekdad his country’s vision to solve the Syrian crisis in four points,” Biao clarified.

On July 18, Yi, during his meeting with Mekdad in Damascus, said, “China has put forward a four-point proposal on solving the Syrian issue.”

Third, a firm stand on effectively fighting terrorism should be upheld. Fourthly, an inclusive and reconciliatory political solution to the Syrian issue should be promoted.