As tensions rise in Daraa al-Balad, some 50,000 residents have no choice but displacement, according to North Press. 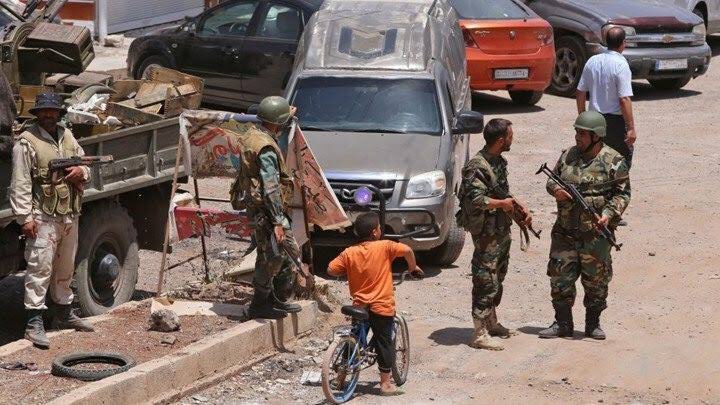 On Tuesday, the neighborhood of Daraa al-Balad and its surrounding witnessed a big wave of displacement heading towards the city of Daraa, passing through the Syrian government’s al-Saraya checkpoint, amid residents’ fears of a military escalation in the area.

“Large numbers of families headed towards mosques, schools, and parks in the city center of Daraa, while others resorted to their relatives there,” a local source told North Press.

“Meetings between the central committees that are assigned to negotiate with the government security committees are still ongoing,” a member of the Central Committee told North Press.

“It was agreed upon several points; however, other points remained unsolved such as the deployment of military checkpoints inside Daraa al-Balad, which is rejected by the Central Committee unless the checkpoints are accompanied by members of the Eighth Brigade affiliated with the Fifth Corps,” he added.

“About 50,000 people live in the besieged Daraa al-Balad, most of whom have been subject to displacement, except for men and some families who refused to be displaced,” he added.

He pointed out, “Families who want to take out their household possessions must pay money to the government checkpoint.”

He added that “whoever wants to get his car out has to pay between 500 and 700 US dollars to the checkpoint members.”

This displacement movement comes in anticipation of the failure of negotiations and the bombing of the city by government forces and the outbreak of clashes in it.