Turkey has completed the construction of 50,000 houses units in Northern Syria, amid claims by some organizations that Ankara is changing the demographic composition of the areas it controls, North press writes. 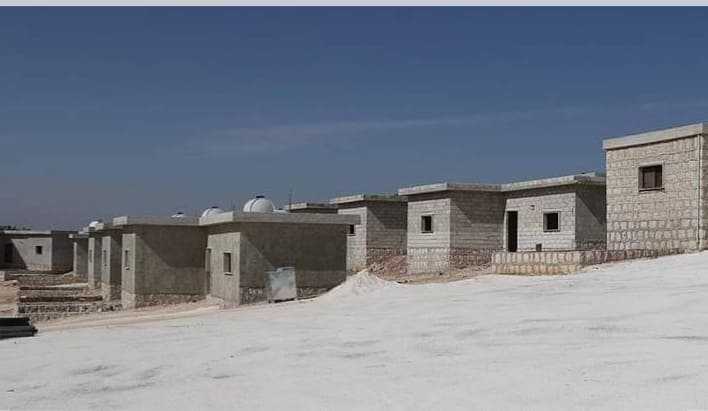 Turkish President Recep Tayyip Erdogan revealed that Turkey has finished building 50,000 temporary briquette houses out of 100,000 that it intends to use to house refugees in northern Syria.

This came yesterday, Wednesday, in Erdogan’s response to journalists’ questions at the end of his visit to the Turkish Republic of Northern Cyprus, and in commenting on the statements of the head of the Turkish opposition Republican People’s Party Kemal Kilicdaroglu regarding his intention to deport Syrian refugees to Syria in the event of his ascension to power.

Read Also: From War to Turkey, to Top Scores: The Story of a Young Syrian Refugee

The Turkish Anadolu Agency quoted Erdogan describing the building of houses by Turkey in northern Syria as an “Islamic, humane, and sentimental approach that Kilicdaroglu does not have.”

Erdogan vowed that Turkey would not throw the Syrian refugees “into the arms of the killers,” as long as he is in power in the country.

Local and international organizations accuse Turkey of seeking to change the demography of northern Syria by settling loyalists there to consolidate its expansion in the region.

Over the past months, Turkey announced the construction of several housing projects in Afrin, northwest Syria, and the areas it controlled in northern Syria. Some of these projects are supported by Qatar and Kuwait, to settle families of the armed opposition factions loyal to it.