The Syrian Foreign Ministry has denounced the U.S. interference in the internal affairs of Cuba, according to The Syria Times. 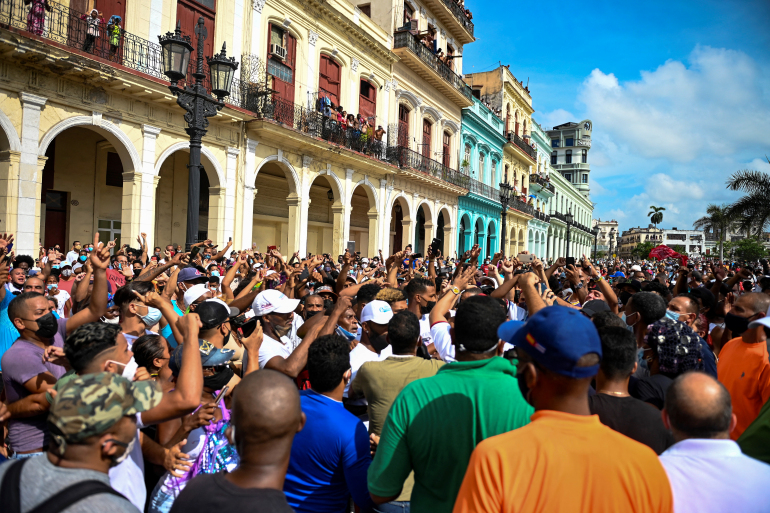 Syria condemned in the strongest terms the blatant U.S. interference in the internal affairs of Cuba aimed at destabilizing it and expressed its confidence that Havana, which faced the unjust U.S. blockade, would be able to overcome the new attack it is facing and preserve its sovereignty.

An official source at the Ministry of Foreign Affairs and Expatriates said in a statement to SANA on Wednesday that the Syrian Arab Republic condemns in the strongest terms the blatant American interference in Cuba’s internal affairs.

The source added that the unjust U.S. blockade and the policy of illegal unilateral coercive measures are the main cause of the difficult economic conditions and the suffering of Cuban citizens. It also said that, the international community should move to put an end to this economic terrorism, which constitutes a violation of international humanitarian law and the most basic human rights.

The source said that the Syrian Arab Republic expressed its full solidarity with friendly Cuba, its leadership, government, and people. “Syria is confident that Cuba, which faced the unjust US blockade for nearly sixty years, will be able to overcome the new attack it is facing and preserve its sovereignty.”