Opposition leader has unveiled leaks proving that Assad committed war crimes against civilians in a Homs hospital, according to the Syrian Opposition Coalition. 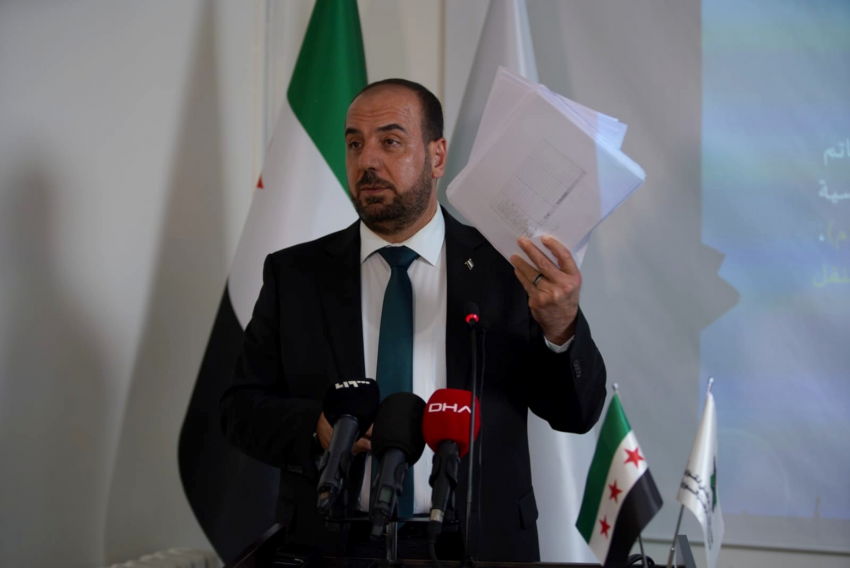 The Syrian Opposition Coalition (SOC) unveiled new leaks proving the Assad regime’s involvement in war crimes and mass murder against detainees in a hospital in the city of Homs.

The announcement came in a press conference held by the SOC’s President Nasr al-Hariri who said that the SOC obtained official documents carrying stamps by the Assad regime. The leaks of the opposition proved the regime’s involvement in war crimes, as it murdered 5,210 people in the Abdul Qader al-Shafaqa Hospital in the al-Waer district of Homs.

Hariri pointed out that the person who leaked the documents from Abdul Qader al-Shafaqa Hospital currently lives in the liberated areas, without disclosing information about his identity.

Read Also: For SDC, Turkey and Assad have Interest in Shelling Afrin Hospital

He said that the leaked documents date back to the years 2012-2014, adding that the victims were buried in mass graves near the Tal al-Nasr cemetery in Homs without anyone informing their families.

Hariri said that all the leaked documents are official and were issued by the Assad regime. They carry stamps of forensic medicine, the administration of Abdul Qader al-Shafaqa Hospital, and the regime’s security services.

Hariri pointed out that the SOC will work with the United Nations, United States, European Union, Britain, UN’s Human Rights Council, and international organizations to establish effective mechanisms for holding the Assad regime accountable for these crimes and ensuring the referral of the Assad regime to the International Criminal Court.