Anas al-Abdah fears Russia will continue to use humanitarian aid to achieve political goals even after the Rome conference, according to Baladi News. 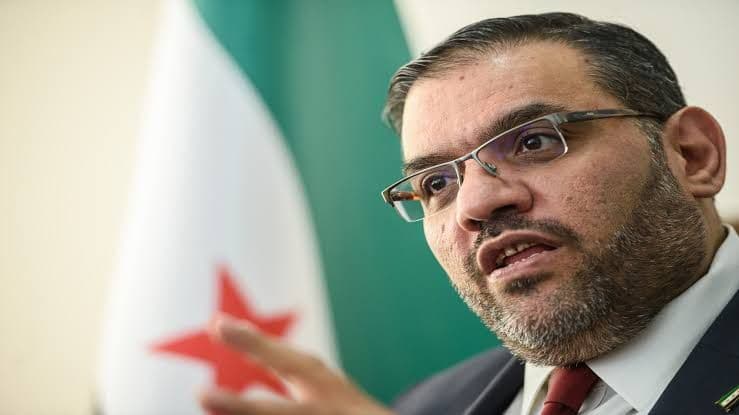 The head of the Syrian Negotiating Committee, Anas al-Abdah, said that Russia is trying to block any progress on political matters, while also working to keep Bashar al-Assad afloat by blackmailing the international community — as well as Syrians — on the humanitarian aid issue.

Abdah commented on the Rome meeting outcomes in a special statement to Baladi News, in which he argued that it can be interpreted in two ways. “The first interpretation is that the international community is aware of the magnitude of the Syrian disaster, especially in terms of the need to deliver aid and sideline the political issue. This view can be supported by the fact that Washington expanded the circle of invitees to the conference, as well as the statement that came out at the meeting’s conclusion.”

Abdah added that, according to the second interpretation, the Russian role in torturing the Syrian people, and making every effort to disrupt any progress on aid delivery across Syria became more prominent. Russia is trying to limit aid delivery in regime-controlled areas, which gives the Russians and the regime a new weapon against the Syrian people, while completely disregarding human rights principles.

“It should also be noted that Russia is blackmailing the Syrians with the issue of detainees. The regime and the Russians do not want to advance this file, but they still link it to the negotiating package. They do this by releasing some detainees in exchange for the opposition handing over arms, or stopping the shelling of some areas, to gain more at the expense of the lives and freedom of Syrians,” he said.

Speaking to Baladi News, Abda pointed out that there must be real political will and greater pressure from the international community imposed on Russia, Iran, and the regime. This pressure is required to make progress on the political issue since the Russians are moving immediately to exploit any political vacuum in Syria. International pressure would force Russia towards making progress on the political issue. These international efforts must be combined and aimed at implementing relevant Security Council resolutions, including UN Resolution 2254 in its four provisions.

On Monday, 19 countries (Jordan, the United States, Britain, Italy, Canada, Egypt, France, Germany, Greece, Iraq, Ireland, Japan, Lebanon, the Netherlands, Norway, Qatar, Saudi Arabia, Turkey, and the United Arab Emirates), as well as representatives of the European Union and the Arab League, participated in a foreign ministers’ conference of the international coalition against ISIS in Syria, which was held in Rome.

In a joint statement, the participating countries said they had agreed upon decisive support for unhindered and secure efforts under UN Resolution 2254 to firmly support an immediate ceasefire across the country, securing humanitarian aid delivery, and the work of the Constitutional Commission and counter-terrorism in all respects.

The participants stressed Syria’s unity and territorial integrity and maintained their commitment to actively working towards a comprehensive, credible, and sustainable political solution based on Resolution 2254.”

The participating countries stressed that the resolution “is the only solution to end the ten-year crisis in Syria, which guarantees the security of the Syrian people and the implementation of their demands.”