A delegation from the Syrian opposition met with the Dutch special envoy to Syria in Istanbul, according to the Syrian National Coalition. 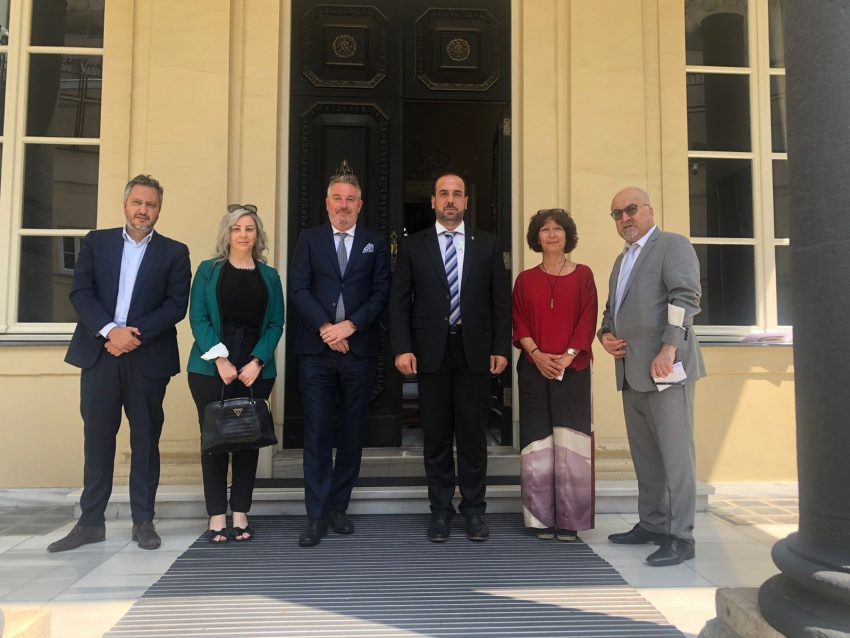 President of the Syrian Opposition Coalition (SOC), Nasr al-Hariri, met with the Dutch special envoy to Syria, Emiel de Bont, and his team at the Dutch Consulate General in Istanbul, and discussed with them the latest developments in Syria.

The meeting brought together SOC’s Vice-president Ruba Habboush and Coordinator of the SOC’s Department of Foreign Relations Abdulahad Asteipho.

The two sides discussed the situation in Syria in light of the current regional and international developments. Hariri said that many obstacles are facing the Syrian people to achieve their aspirations of freedom, dignity, and democracy. He stressed that it is impossible to build a new Syria with the Assad regime in power and the support it receives from Russia, which he said has repeatedly used its veto to prevent aid from reaching around four million Syrian civilians in the liberated areas.

Hariri also stressed the need to achieve progress in the issue of detainees as a confidence-building measure, pointing out that this issue is still stalled due to the international failure to hold accountable the perpetrators of crimes against detainees.

For his part, the Dutch envoy stressed the need to give Syrians a real opportunity to decide their fate, stressing that the main reason behind the continued suffering of Syrians is the Assad regime and its crimes against the population.

He stressed the importance of implementing United Nations resolutions on Syria, chief among them is UN Resolution 2254.

He also pointed out that Russia is exploiting the Syrian tragedy to achieve gains in the international arena, and using Syria as a card, causing a major humanitarian disaster.