The US has secured the transfer of 60 ISIS fighters from the prisons of the SDF to one of their bases, according to The Syria Times. 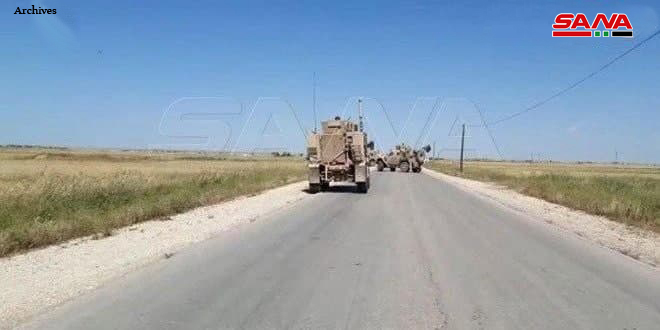 US occupation forces transferred dozens of Daesh terrorists from the prisons controlled by the SDF militia in Hassakeh province, hoping to use the terrorist group to implement Washington’s plans in the region.

Over the last two days, the US occupation forces transferred more than 60 Daesh terrorists, including Iraqi and Saudi nationals, from al-Thanwiyah al-Sinaee Prison at the entrance of Hassakeh to its base in al-Shadadi in the southern countryside. The US hopes to train them in preparation for attacks against the Syrian Arab Army, residential complexes, and vital facilities.

The sources indicated that the transfer of terrorists took place amid intense overflights by American helicopters from midnight until dawn, which was often synchronized with fabricated riot acts inside prisons that are under the control of the SDF militia to justify the transfer.