The Syrian regime detained thousands of citizens to force them to vote for Assad in the presidential elections, among other intimidation methods, according to Jesr press. 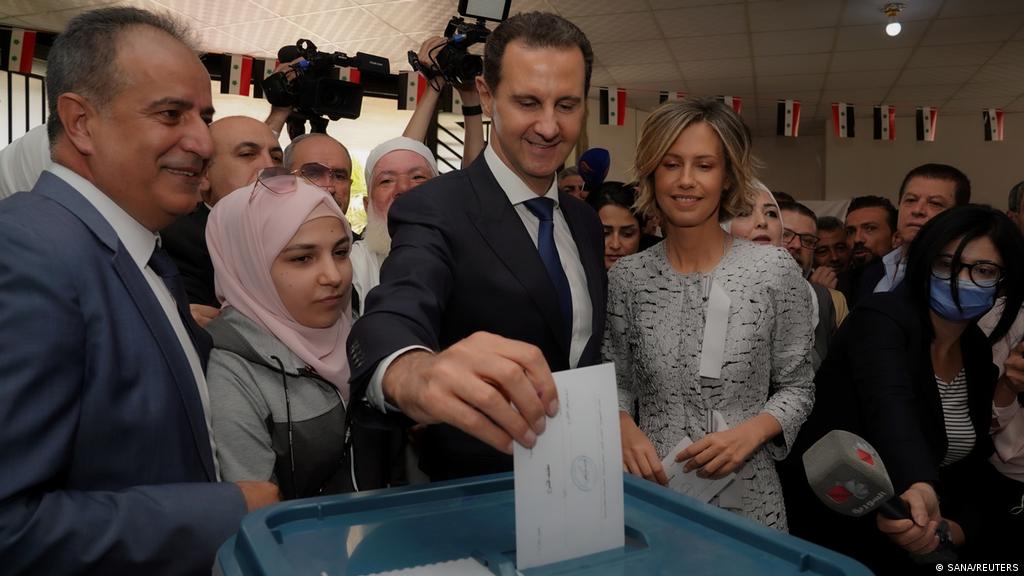 The Syrian Network for Human Rights has documented at least 162 arbitrary arrests during May, in addition to tens of thousands of few hours long detainments targeting students and employees of the Bashar al-Assad regime’s state institutions. These detainments were used to force the detainees to vote for Assad in his so-called elections.

Published on Wednesday, the network’s report claimed that Syrian regime forces continued to pursue and arrest people who had settled their security situation in regions that have already signed settlement agreements with the Syrian regime. These arrests have been concentrated in the governorates of Rural Damascus and Daraa.

Citizens have also been arbitrarily arrested in the Hama governorate as well. It is believed that these arrests have taken place due to malicious security reports on their stances in opposition to the Syrian regime.

The report monitored the arrests of civilians in the Damascus governorate for repeating anti-regime chants and tearing up pictures of Syrian regime president Assad.

Furthermore, the report also recorded arrests of civilians for not taking part in the presidential elections, which were held on May 26th. The arrests occurred as the detainees passed through Syrian regime checkpoints, mainly in areas that had previously agreed to peace settlements.

The report documented 34 cases of arrests or detentions targeting civilians for non-participation and not voting for Assad. These civilians had their identity cards confiscated, while also facing threats of arrest if they did not go to vote for Bashar al-Assad.

Further, the report claimed that at least 32 civilians had been arrested in the Tartous governorate, including women and children, for attempting to leave illegally to Cyprus.

In May, the report recorded at least 162 arbitrary arrests or detentions — five of which involved children — by parties to the conflict and dominant forces in Syria. 111 of those arrested or detained were forcibly disappeared, with the Syrian regime arresting 97 civilians (including 3 children) and SDF detaining 48 civilians (including 2 children). According to the report, 11 civilians were detained by the armed opposition or national army, while six civilians were detained by Tahrir al-Sham.

The report also called on all parties to the conflict, as well as the dominant forces, to immediately stop conducting arbitrary arrests and forced disappearances. Further, these parties were asked to reveal the fate of all detainees and those forcibly disappeared; to allow families of the detained or arrested to visit them immediately, and to hand over the bodies of detainees who died under torture to their relatives.