In a meeting with European diplomats, the Syrian opposition called for the renewal of cross-border aid to Syria, according to the Syrian National Coalition. 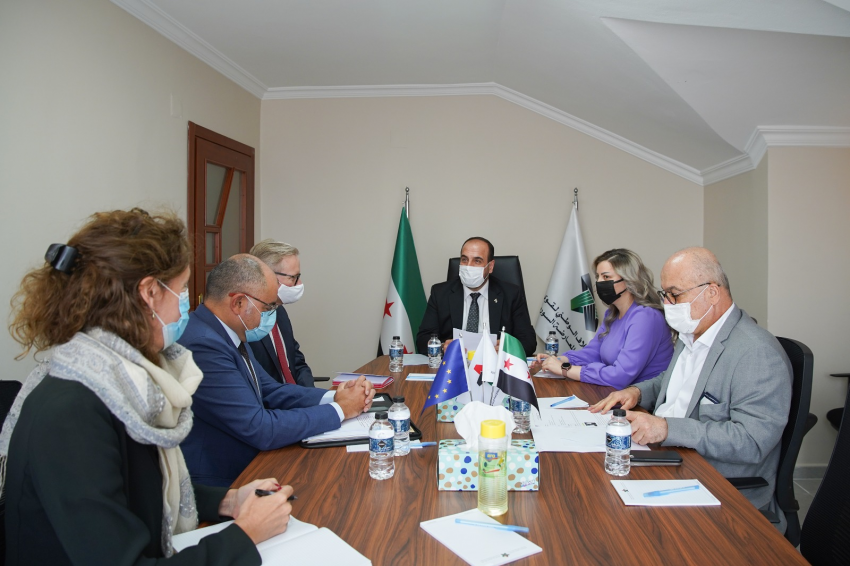 The President of the Syrian Opposition Coalition (SOC) Nasr al-Hariri, met with the European Union’s delegation for Syria to discuss the situation in the country and regional and international developments.

The meeting brought together SOC’s Vice-president Ruba Habboush, the Coordinator of the Department of Foreign Relations Abdulahad Asteifou, the Political Director of the European External Action Service (EEAS) Carl Hallergard, the EU’s Delegate to Syria Gilles Beltrand, and the Head of the Political Section at the EU Delegation to Syria Anne Bourlond.

Hariri thanked the European Union for its stance on the election farce that Assad held last month, calling for the EU to assume a more active role in Syria.

He talked about the need to put an end to the Assad regime’s slackening of the work of the Constitutional Committee as no date has been yet set for the sixth session. Moreover, no tangible results or progress have been so far made in discussing constitutional provisions.

Hariri reaffirmed the SOC’s rejection of the presence of militias and terrorist organizations in eastern and western Syria, stressing the need to force all foreign fighters out.

He also stressed that allowing humanitarian access is crucial for the lives of four million people in northwestern Syria, reaffirming the need to find an alternative solution by the international community to confront the Russian veto.

He also stressed the need for following up on the decision by the Greek Ministry of Migration to consider Turkey a third safe country for asylum seekers, emphasizing the importance of reconsidering the decision so as it does not negatively affect the Syrian asylum seekers.

For its part, the EU delegation underlined that the attack that targeted Afrin last week is a terrorist act, reiterating the need to put an end to attacks against civilians.