In an art show organized in Raqqa, Syrian children tried to remind the world of their fate, according to North Press. 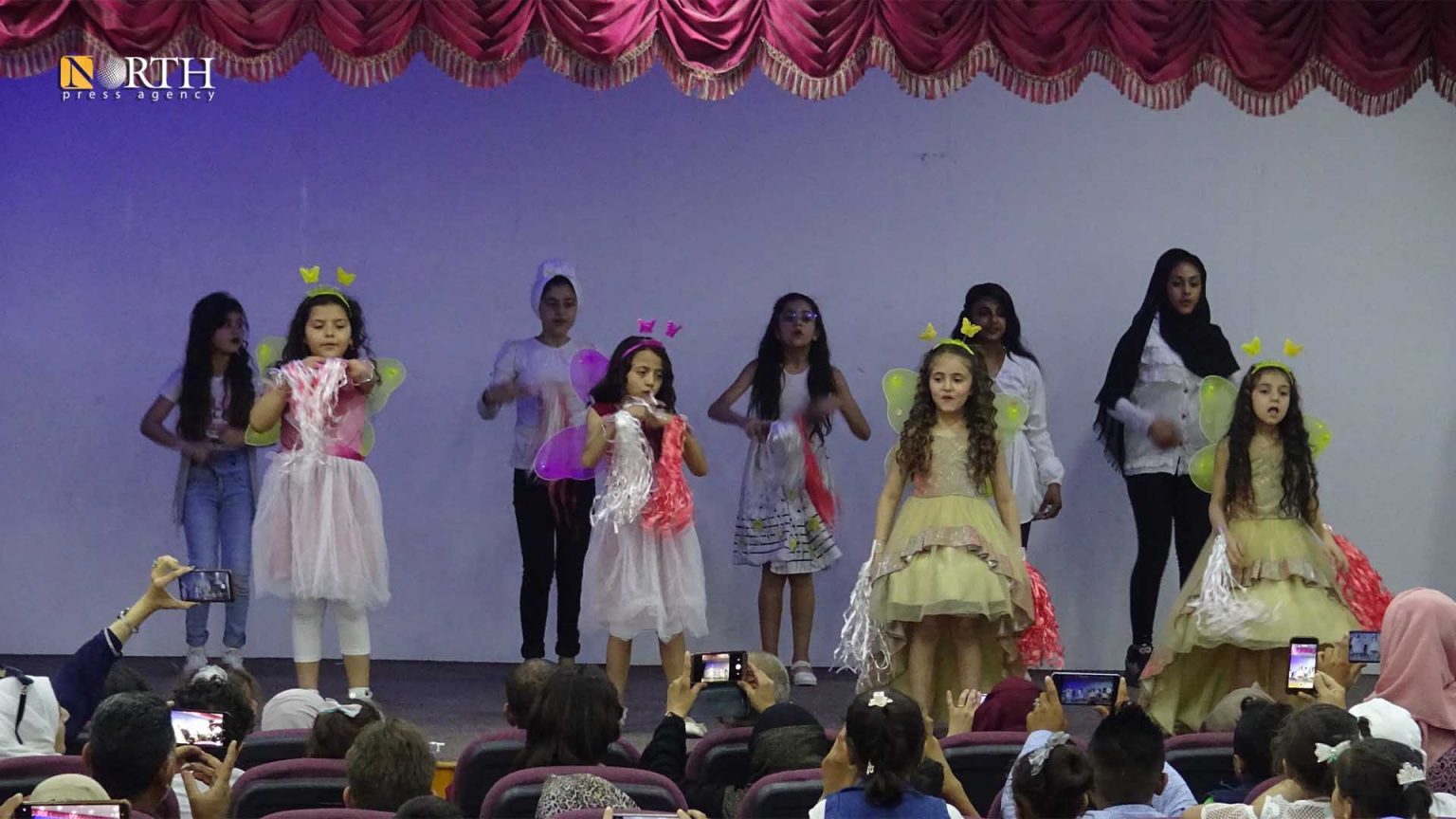 On Wednesday, the theater of the Raqqa Center for Culture and Arts witnessed an art show for children under the title Bakra Ahla (tomorrow is better).

The children performed dances, theatrical and lyrical performances through which they sent messages to remind the world of the rights of the children in Syria and “the need to end their suffering.”

The goal of the show was to shed light on the difficult living conditions of the children, said Amira al-Hassan, co-chair of the Child Protection Office in Raqqa.

Hassan claimed that the show included several activities presented by children, and was inclusive for the injured, those who have missing limbs, and those with special needs. That way, they were able to exhibit their talents to the audience and to prove that they are equal participants in society.

Hassan indicated that the Child Protection Office will work during the coming period to intensify its efforts to eliminate the children’s problems, especially child labor.