New taxes by the Syrian government have increased rent by 20% in Damascus, according to Sowt al-Asima. 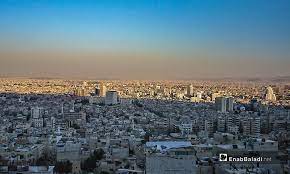 Rent in various neighborhoods of Damascus and its surroundings has increased by more than 20 percent in two months. The price surge comes after fiscal reforms stipulating that landlords pay a higher percentage of house rents to the Ministry of Finance and the governorate. Previously, nominal fees did not exceed 5,000 Syrian pounds for the contract.

In Syria, the real estate broker is seen as the most prominent actor in arranging leases. The broker assumes responsibility for finding the right home for the tenant, in exchange for a commission. Since the enactment of the new laws, however, the brokers’ situation is no longer the same as it was months ago.

A real estate office owner in the Mezzeh area told Sowt al-Asima that the new rent law means the government is the main recipient of the broker’s commission fee.

“The previously accepted amount, the equivalent of rent for one month, is no longer sufficient to conclude leases today,” the real estate office owner said. “This is because the ministry imposes a very high commission, which in turn leads to high rent prices for houses and real estate in general.”

“Real estate owners raised monthly rent prices of their homes and shops, in line with the new tax imposed on them. Meanwhile, others held the tenant responsible for paying the tax, on top of the monthly rent for the house. This strategy takes advantage of tenants’ vulnerability, as they need the houses.”

A resident of Damascus’ New Cham area (Dummar Project) told Sowt al-Asima that he had rented his house for 250 thousand Syrian pounds before the Coronavirus outbreak; after the pandemic, his rent increased to 400 thousand pounds. The resident asserted that the house’s owner had insisted on increasing the rent to 600 thousand Syrian pounds after the enactment of the sales and tax laws. To make things worse, the owner sometimes demanded year-long payments, which could only be made in US dollars.

The resident added that his agreed lease expires this summer. He started searching for a new house in the same area nearly two months ago but the cheapest rents were at least 500 thousand Syrian pounds per month, with additional taxes charged on top of that — valued twice the price of taxes on residential homes.