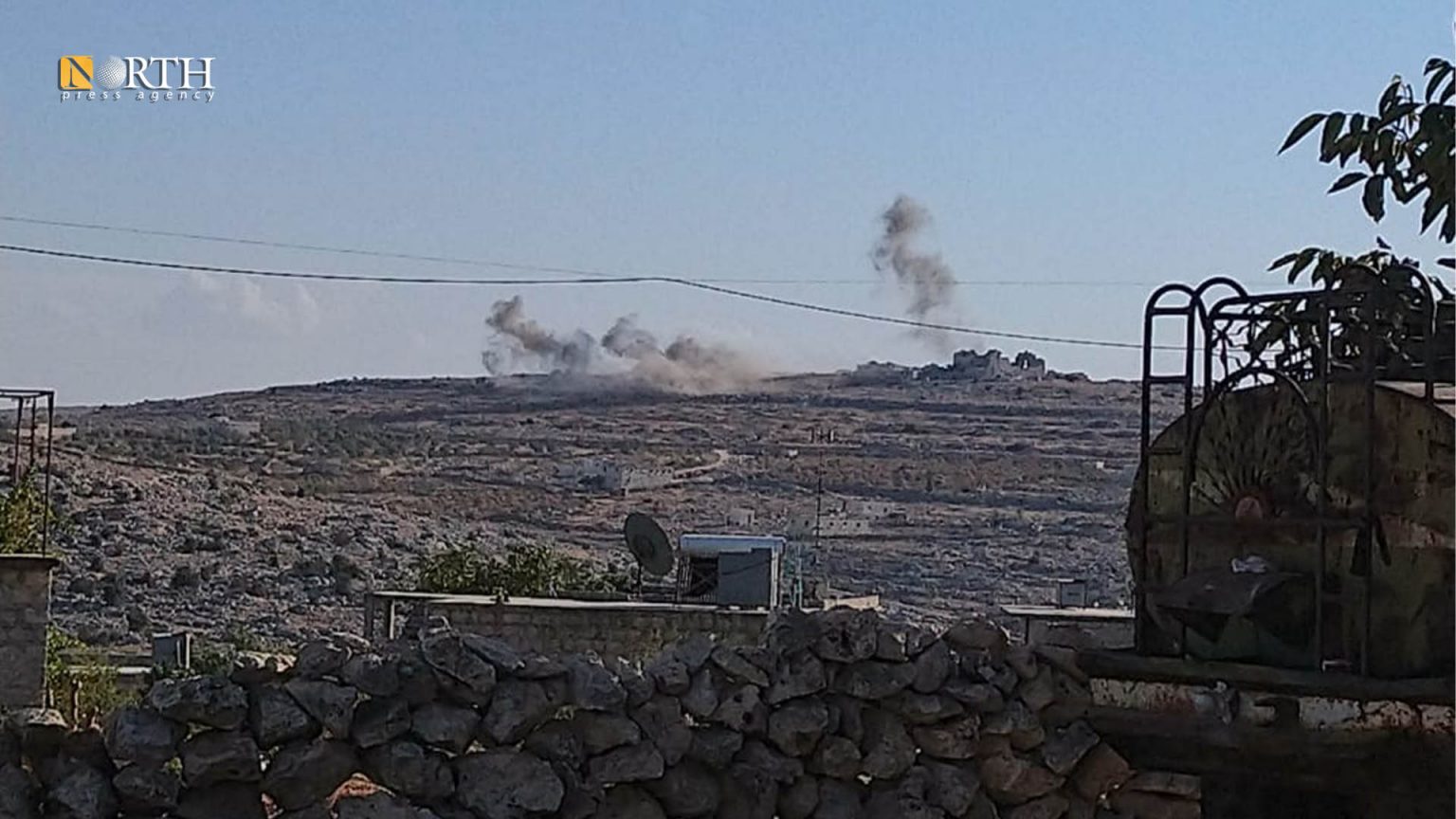 Turkish forces stationed in the Scientific Research Center on the Azaz-Yahmul road shelled the village of Deir Jamal in the northern countryside of Aleppo with heavy artillery on Monday.

A private source told North Press that Turkish artillery bombed the village of Deir Jamal, in the Shirawa district of the northern countryside of Aleppo, with more than 15 artillery shells.

On Saturday, a girl lost her life while her father and brother were wounded in the village of Kaluta in the Sherawa district after Turkish forces targeted the village with artillery shells.

Afrin has been under the control of the Turkish military and its affiliated proxy militias since March of 2018 when the groups entered the city following two months of constant bombardment.

For years, the Turkish forces have targeted the neighborhoods in the towns and villages of the region, and this continued even after they occupied Afrin, along with Turkish-backed armed opposition groups.