Foreign Minister Faisal Mikdad has met with India’s ambassador to Syria and thanked India for their continued support and friendship writes Al-Watan. 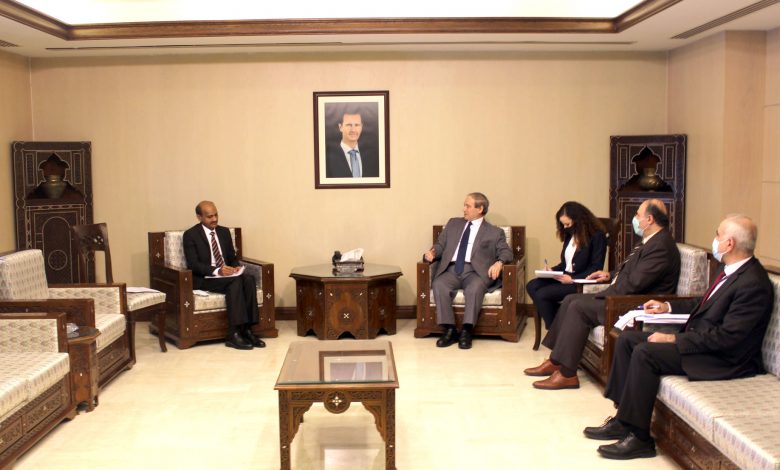 On Sunday, Minister of Foreign Affairs and Expatriates Faisal Mikdad received the Indian Ambassador to the Syrian Arab Republic, Hifzur Rahman. The meeting touched on the solid, friendly relations between the two countries.

Mikdad expressed Syria’s appreciation for the Indian government’s support for Syria in its war against terrorism through its political support for Syria on the international scene. There was also talk about India’s willingness to provide a batch of coronavirus vaccines.

The ambassador pointed to the depth of friendship between India and Syria and stressed the Indian government’s keenness to continue joint work in order to deepen and strengthen Syrian-Indian relations.