A member of the al-Bakir Tribe has been gunned down in Deir ez-Zor, in the latest of a number of killings that has targeted tribal figures writes SANA. 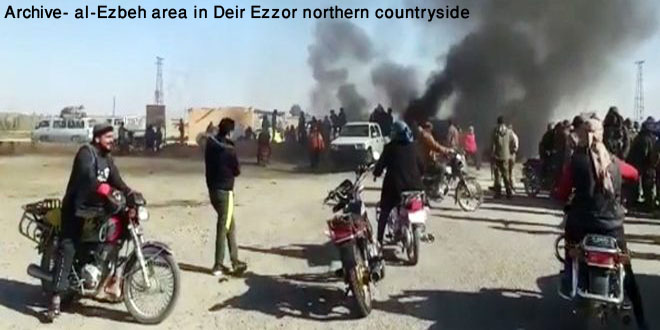 One of the dignitaries of al-Bakir Tribe was martyred after he was shot in the al-Ezbeh area in Deir ez-Zor’s northern countryside, which is under the control of the US occupation-backed Syrian Democratic Forces (SDF).

Local sources told SANA that Hussein Sheikh al-Jamil, one of the dignitaries of al-Bakir Tribe was martyred after unknown persons opened fire on him in the al-Ezbeh area.

The killing comes a few days after the martyrdom of Sheikh Atilyoush al-Shatat, one of the dignitaries of al-Akidat Tribe and his son in Hawaij Theban village.

The US occupation-backed SDF militia has liquidated a number of the national figures and tribal dignitaries such as the assassination of Sheikh Matshar al-Hafl by a group from the SDF in broad daylight last September.