There are concerns that Syria’s wheat yield will be lower than expected, amid a shortage of diesel and rain reports Enab Baladi. 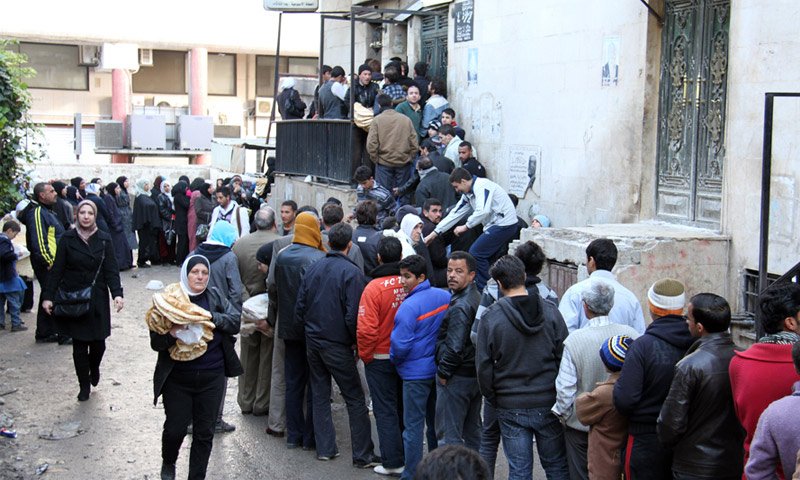 The Peasants’ Union expressed concern that the wheat crop will be negatively affected this season, despite official optimism for an improvement in production this year.

The head of the Peasants’ Union, Ahmad Saleh Ibrahim, said on Tuesday that the government’s fear for wheat crops is due to the fact that a large part of it depends on irrigation, especially for areas that require irrigation.

He explained that the crops will be negatively affected by the absence of diesel and rain, according to what was reported by local newspaper Al-Watan.

Ibrahim pointed out that “things are not in the best condition,” especially in terms of securing fuel, because diesel is necessary and essential so that there is no damage to the wheat crops, stressing that at the present time the crops must be irrigated because there has been no rain in Syria.

Any crop within the zoned areas needs 368 million liters of diesel, while the need of the agricultural sector for fuel in 2019 exceeded 40,000 liters. 60,496 liters were allocated to agriculture.

The Minister of Agriculture in the government of the Syrian regime, Muhammed Hassan Qatana, had promised, in late 2020, that 2021 would be the year of wheat.

On Dec. 6, 2020, Qatana said, “Syria needs 2 million tons of wheat annually to secure its need for bread, according to the current population, in addition to 360,000 tons of seeds, and about 800,000 tons for other uses such as bulgur, the pasta industry, freekeh, semolina, and others.

Qatana also called on the Syrians to rely on themselves to secure bread, and not wait for the government to secure it.

Syria used to possess a very large and strategic stock of wheat, but the Syrian government was forced, during the war, to import wheat, which exhausted the Syrian economy due to the influx of foreign exchange, especially with the economic sanctions, according to Qatana.

How wheat is secured

The government secures wheat by two methods. The first is by buying it from farmers. It has set the price at 450 Syrian pounds, with at least a 100-pound margin as the price of wheat will correspond to the actual production cost at the market price and not the subsidized price, as Qatana explained.

The second is by signing a number of contracts with Russia to import wheat, some of which were in the form of aid.