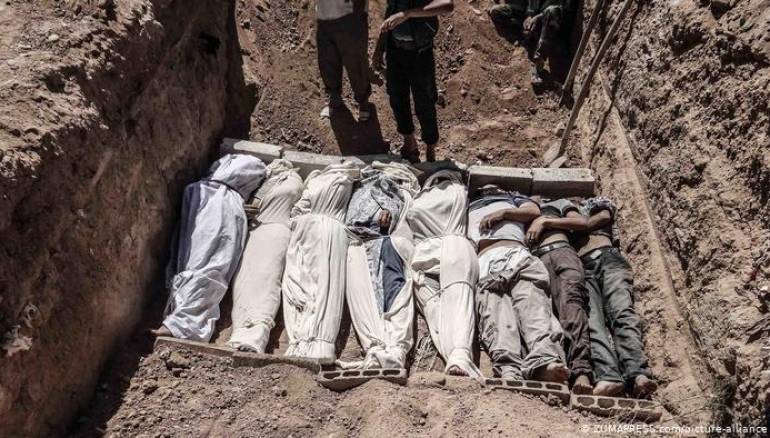 The Syrian regime, backed by close ally Russia, clashed with the United States and other nations Tuesday over a Western initiative to suspend the Syrian regime’s voting rights within the global chemical weapons watchdog for failing to provide details of three chemical attacks in 2017 that investigators blamed on the Bashar Assad regime.

The confrontation in the UN Security Council foreshadowed a showdown when the 193 member states of the Organization for the Prohibition of Chemical Weapons (OPCW) meet in The Hague, Netherlands in April to consider a French-drafted measure, on behalf of 46 countries, to suspend Syria’s “rights and privileges” in the body.

The French proposal was a response to the Syrian regime’s failure to meet a 90-day deadline set in July by the OPCW’s executive council for Damascus to declare the nerve agent sarin and chlorine, which OPCW investigators said last April were dropped by the regime air force on the central town of Latamneh in late March 2017.

The Western effort reflects a much broader effort to obtain accountability for Syrian chemical attacks and highlight claims that Assad’s regime is secretly continuing its chemical weapons program.

The Syrian regime joined the Chemical Weapons Convention in September 2013, pressed by Russia after a deadly chemical weapons attack that the West blamed on Damascus.

According to data supplied by Anadolu Agency in 2020, the Assad regime has used chemical weapons in Syria at least 216 times over the last nine years. The regime conducted its first major chemical attack on Aug. 21, 2013, in the eastern Ghouta region of Damascus. The onslaught, which killed over 1,400 civilians, raised international concerns at the time.