The regime’s intelligence has arrested a number of men for allegedly making contact with opposition elements in northern Syria reports Sowt Al-Asima. 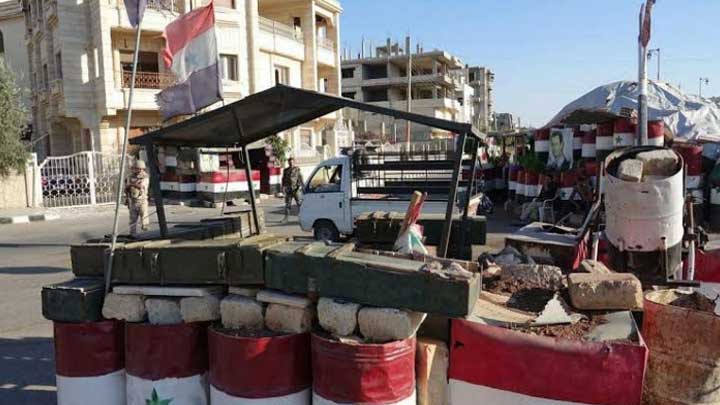 During the past two days, Political Security patrols in the city of Harasta, east of Damascus, arrested three men, after raiding homes in various neighborhoods of the city.

Sowt Al-Asima’s correspondent said that the men who were arrested carried out a “security settlement” with the Syrian regime, shortly after the departure of the opposition factions for northern Syria.

The correspondent confirmed that the men were arrested for establishing suspicious contact with persons opposed to the regime in northern Syria.

Since it took control of Damascus and its countryside, and after the opposition factions left the area, the regime’s intelligence has intensified its arrest campaigns against people who communicate with northern Syria by phone. The numbers of those who have been arrested exceeded 500 in 2019, all of whom were from the settlement areas, and most were women, according to Sowt Al-Asima’s sources.

Arresting those wanted for communications-related reasons in Syria is the specialty of the Internal Security Branch, known as the al-Khatib Branch, which is affiliated with the State Security. The arrests are carried out in coordination with the security branches that monitor communications.